US warns foreigners not to violate Venezuela asset freeze 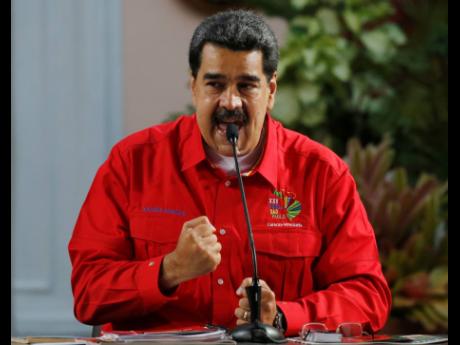 United States National Security Adviser John Bolton warned foreign governments and companies that they could face American retaliation if they continue to do business with Venezuela.

Bolton’s comments came after the White House on Monday night froze all Venezuelan government assets in the United States, putting the country on a shortlist of US adversaries, including Cuba, North Korea, Syria and Iran, that have been targeted by such aggressive financial measures.

“Now, Venezuela is part of this very exclusive club of rogue states,” Bolton said at a one-day conference in Peru of more than 50 nations aligned against Venezuelan president Nicolás Maduro.

The ban blocking companies and individuals from doing business with Maduro’s government and its top supporters took effect immediately and is the first of its kind in the Western Hemisphere since an asset freeze against General Manuel Noriega’s government in Panama and a trade embargo on the Sandinista leadership in Nicaragua in the 1980s.

“We are sending a signal to third parties that want to do business with the Maduro regime: Proceed with extreme caution,” Bolton said. “There is no need to risk your business interests with the United States for the purposes of profiting from a corrupt and dying regime.”

While the order falls short of an outright trade embargo — notably, it spares Venezuela’s still sizable private sector — it represents the most sweeping US action to remove Maduro since the Trump administration recognised opposition leader Juan Guaidó as Venezuela’s rightful leader in January. Critically, it also exposes foreign entities doing business with the Maduro government to US retaliation.

“The apparent goal is to give the US the ability to apply the law beyond its borders to allies of Maduro like China, Russia, Cuba, Iran and Turkey,” said Russ Dallen, the Miami-based head of Caracas Capital Markets brokerage. “Should those foreign entities continue doing business with Maduro they can have their US assets seized.”

The executive order signed by President Donald Trump justified the move by citing Maduro’s “continued usurpation of power” and human rights abuses by security forces loyal to him.

Russia, which has staunchly backed Maduro, denounced the US action. Konstantin Kosachev, the head of the Russian upper house’s international affairs committee, said Tuesday the move amounts to “international banditry”. He added in remarks carried by the state RIA Novosti news agency that it represents an “open meddling into Venezuela’s internal affairs”.

The latest US measures are likely to exacerbate suffering in an already moribund economy marked by six-digit hyperinflation and a deep, multi-year contraction that surpasses that of the Great Depression in the US.

Previous sanctions targeting the South American nation’s oil industry, the source of almost all of its export earnings, have already accelerated a crash in oil production that started with Maduro’s election in 2013 following the death of his mentor Hugo Chavez.

More than 100 officials and government insiders also have had their US assets frozen and blocked from doing business with Americans.

As part of the executive order, Americans or US companies that do business with such individuals face penalties. The same Maduro supporters will also be banned from entering the US.

Exceptions will be allowed for the delivery of food, medicine and clothing. Transactions with Venezuela’s still sizable private sector do not appear to be affected, either. It is unclear how the actions will affect American oil giant Chevron, which last month received a three-month exemption from the US Treasury to allow it to continue drilling for oil with Venezuela’s state-run oil monopoly PDVSA.

The Maduro government has yet to respond. But Guaidó celebrated the US action, saying it would protect Houston-based oil company CITGO, Venezuela’s most valuable overseas asset, from attempts by Maduro to mortgage its assets.

“Any individual, company, institution or nation that tries to do business with the regime will be seen by the international justice system as collaborating with and sustaining a dictatorship,” Guaidó said in a series of late-night tweets. “They will be subject to sanctions and considered an accomplice to crimes.”