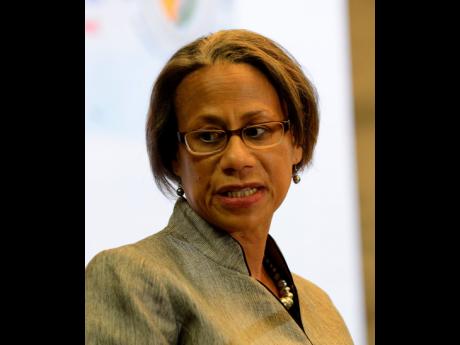 The Companies Office of Jamaica, COJ, has launched an electronic Business Registration Form, the eBRF, in partnership with the Cabinet Office of Jamaica, an initiative that is expected to make it easier for entrepreneurs, particularly those outside of Kingston, to register business names and companies.

It’s a technology that Prime Minister Andrew Holness believes will propel Jamaica to at least fourth position in the World Bank’s Ease of Starting Business, a sub-index of the Doing Business rankings published annually by the multilateral agency.

The electronic application process for registering business names and companies, comes five years after the Companies Office launched the super form, which was said to have transformed the way businesses were registered by creating a ‘one-stop shop’ for entrepreneurs.

The super form was also believed to be the major contributor to Jamaica’s rank of fifth position in the 2018 Ease of Starting Business Index. The country slipped to sixth position on the sub-index among 190 economies in the 2019 rankings. However, the electronic form, which has been implemented under the Public Sector Transformation and Modernisation Division, is expected to get Jamaica back on track.

“Maybe we can be number four or three, possibly even number one. The ease with which you can register a company now is mind-blowing,” Holness said during the launch of eBRF in Kingston on Wednesday. Research conducted by the World Bank shows that 90 per cent of transactions in Jamaica are currently done in person.

The Companies Office’s online business registration portal will eliminate the need for entrepreneurs to visit multiple government agencies, including the Tax Administration Jamaica, the Ministry of Labour and Social Security, and the National Housing Trust in registering a business.

Use of the online portal will cost entrepreneurs the standard $2,450 for registration of companies and $2,500 for registration of business names, but registration should be completed in half the time of the current four-day process. The eEBRF also allows users to decide whether they want to have the certificate delivered or in-office pick-up.

Companies Office CEO Judith Ramlogan told the Financial Gleaner that the agency has applied to have the laws changed to reduce the complexity in naming a business. Once approved, it means that as long as the business name is not profane or identical to that of existing companies, COJ will approve it.

“When we do that we will have instantaneous registration. The result, saving time and transaction costs,” said Ramlogan.

“Investment is important to Jamaica and as such, priority must be given to the expansion of the formal sector. It is, therefore, against this background that the eBRF will facilitate the registration of business names and companies from anywhere in the world at any time,” she said.

Aside from improvements in the World Bank’s Ease of Starting Business Index, both Prime Minister Holness and Ramlogan anticipate that there will be further increases in the number of individuals coming into the formal system through the online business registration portal.

“A frequent complaint by customers is the limited space and parking at the COJ’s offices. With the eBRF, the COJ is hoping to provide relief, as the platform will serve as a point of engagement for customers,” Ramlogan said.

For individuals without a computer, the COJ will have kiosks set up at its headquarters in New Kingston, at tax centres operated by Tax Administration Jamaica, and the Jamaica Business Development Corporation office on Camp Road in Kingston. The rollout of the kiosks at the tax revenue centres will begin with the Constant Spring and Montego Bay offices.

According to Ramlogan, the other electronic forms will be rolled out in the next phase of COJ’s modernisation process, including those used for the filing of annual returns.

The eBRF was been implemented with funding from the Inter-American Development Bank.