Sagicor Select LEF lists on JSE, a first for the market 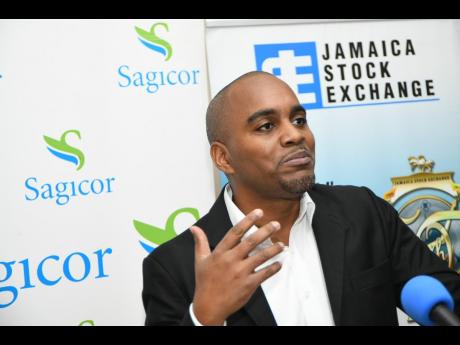 Jamaica’s first exchange-traded fund listed on the market Thursday, with a promise by Sagicor Investments Jamaica Limited that more funds are in the pipeline.

Despite the newness of the asset, the Jamaican market was willing to buy into the fund, called Sagicor Select, which garnered 20,300 applications totalling $6.4 billion in July, substantially more than the IPO target.

The newly listed company is structured as a “passive” Listed Equity Fund, LEF, with separate classes of shares. The Class B, C, D and E shares each represent separate funds, which Sagicor Investments CEO Kevin Donaldson said would be introduced to the market. He declined to comment at this time on the sizing, timing and focus of the other funds.

The Class A management share issued to Sagicor as manager of the LEF is meant to ensure that the structure of the investments made by the company, and by extension the investment objectives of the company, “is not subverted by shareholders holding shares in the other share classes who may acquire substantial interest in the company,” according to the IPO prospectus.

The Class B shares have been captioned as the Financial Select Fund. It has holdings in 23 financial companies that trade on the main and junior markets of the Jamaica Stock Exchange.

Of the IPO’s 20,302 applicants, 95 per cent received full allotment of their subscription, the company disclosed at Thursday’s listing. Donaldson said the Sagicor Select IPO was the second-largest ever in the 50-year history of the JSE, and described the successful offer as “another step in the evolution of the Jamaica Stock Exchange and the capital markets”.

The Financial Select Fund will track the JSE Financial Index.