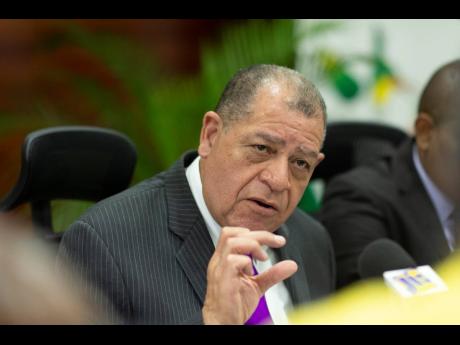 The Jamaican Government is finalising legislation to allow for marijuana producers to export the weed.

“I have set a target for the end of September for the regulations to be promulgated,” said Shaw on Wednesday night at the official opening of the Sensi herb house at the Pulse Centre in Kingston.

“I want us to start exporting extracted oil and buds from Jamaica to external markets. Canada wants it, Australia is crying out for it and Germany. All over the world, they want the Jamaican brand,” he said.

The Cannabis Licensing Authority, CLA, has granted 54 licences to date for cultivation, processing, selling, transporting and research. The next tier will see the inclusion of export permits following the enactment of the import-export regulations. The draft regulations have moved through various bodies for review, including Shaw’s ministry, the Ministry of Justice, Attorney General’s Department and the Chief Parliamentary Counsel, and is now at the CLA for final review.

Once enacted, the regulations will give CLA jurisdiction to handle requests for the import and export of ganja buds and resin oil.

“In other words, CLA will have the authority to grant export permits,” Shaw said.

“When a licensee extracts 50 gallons of marijuana oil produced in Jamaica, you know what the value of that 50 gallon container of oil is worth? – 15 million Canadian dollars, yes,” he added.

“It is real figure and might even be conservative. But 50 gallons is a whole heap of product,” said ganja entrepreneur Lloyd Tomlinson, who is a part-owner of Marigold Limited. Sensi is a subsidiary of Marigold. It joins a growing field of medical marijuana retail operators, which includes forerunner Kaya and Epican.

Tomlinson says Marigold is among the entities vying for an export. The company also plans to set up five Sensi herb houses across Jamaica, financed in part by Canadian partner Aphria, which co-owns the business with Tomlinson.

Shaw, meanwhile, has indicated that Jamaica remains concerned about correspondent banking issues in the United States, where the banks continue to block legitimate marijuana companies from conducting transactions, whether or not the product enters the US.

Marijuana is illegal in the US at the federal level, but at the state level, 31 local governments have decriminalised or legalised its usage. Shaw said Jamaica would be lobbying the US government for changes in correspondent banking to allow legal players access to banking services.