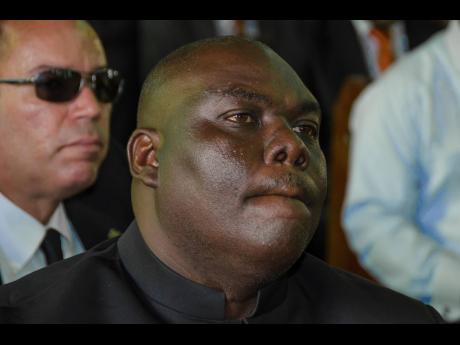 So far, the intake of full-time American students under the agreement that the University of the West Indies, UWI, has with the federal government of the United States has been just two, who enrolled in the faculty of law in the past academic year.

But Donovan Stanberry, the new registrar at UWI, Mona, says the numbers will grow over time, saying the programme is just getting off the ground and will have to be promoted. The agreement was struck under a federal programme run by the US Department of Education, DOE, that provides full financing for Americans who want to study in foreign jurisdictions.

The registrar was unable to give a reading on what the take-up would look like for the upcoming academic year, which kicks off in September, saying UWI was currently in the middle of registering students.

“We will have to wait until that process is complete,” said Stanberry, who, prior to his appointment as UWI Mona registrar in July, was the permanent secretary in the Ministry of Industry, Commerce, Agriculture and Fisheries.

Mona’s medical programme is popular with foreign nationals, but that discipline was excluded under the federal agreement.

Fees charged to international students fall in the ballpark of US$15,000 annually, which the registrar says compares “very favourably” with education costs in the United States.

UWI’s agreement with DOE took effect in 2018. The university is targeting 500 American students under the programme, over time.

The push for higher enrolment of foreign nationals is part of the university’s aggressive drive to diversify and grow income streams.

Of the 19,500 students who enrolled at UWI Mona in the past 2018-19 academic year, nine per cent were non-Jamaicans, inclusive of Caribbean nationals.

Jamaicans and others in the Caribbean – that is, those within the Caricom bloc – pay subsidised rates to study at UWI. However, the university, which operates campuses in Jamaica, Trinidad & Tobago and Barbados, has been hard-pressed to collect the offsets owed to it by various regional governments – forcing UWI over time to become more entrepreneurial and project-focussed to diversify its income streams.

Now, not only is UWI tapping North America for more foreign enrollees as a means of boosting revenue, the regional institution is also looking to jurisdictions in Africa and Asia for recruits and partnerships. One of those initiatives is an agreement with China to train engineers.

Stanberry says there are currently two cohorts of students at the Mona School of Engineering under this programme. Students do two years of study at Mona and the final two years in China, and a short period of internship in the Asian country.

The university “is striving to be a global university with a global reach. We are quite aggressive in terms of recruiting from not only the US market, but also elsewhere,” Stanberry said. “We have entered into a number of agreements, for instance, the engineering programme with China.

“We also have agreements with institutions in South Africa; in Lagos, Nigeria; and New York – so our reach is expanding, consistent with our policy,” the registrar said.

UWI Mona documents otherwise indicate that the university hosts exchange students from places like Australia, Germany and Sweden, who are often attracted to medical electives and clerkships, among other interests.