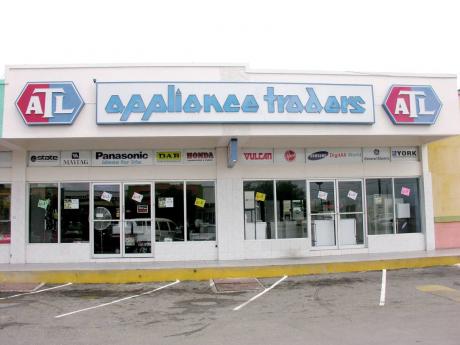 ATL Group is revamping its appliance division, which was the heart of the business at its founding, a project that will see the company investing at a similar level to the buildout pursued for its automobile division, says CEO Adam Stewart.

The investments to be made were not disclosed, but in relation to sister company Sandals Resorts International, Stewart announced plans for love nests on the south coast and upgrades in Negril that have been costed at a combined US$67 million, or $9.2 billion in Jamaican currency.

In the past seven years, ATL has expanded its car dealerships from just Honda to include brands such as BMW, Mini, Porsche, Audi, VW and Kia, and has branched out even further as a master dealer, overseeing various Caribbean markets for BMW and Mini.

The buildout under subsidiary ATL Automotives Limited has seen the company developing eye-catching showrooms for the brands in Kingston and Montego Bay and deepening its footprint in the auto market.

Stewart, the son of company founder Gordon ‘Butch’ Stewart, says he will be looking to make the flagship Appliance Traders Limited, ATL, into a company that offers “more than appliances”, and that he has taken it on as his personal project.

“On the appliances side, my family and I have made the decision that we are going to be evolving the business, reinvesting in a very material way,” he said in an interview with the Financial Gleaner on Tuesday. “It was our first business, 51 years old. It was kind of out of shape for many years. But the same investments coming out of my family for AC Marriott, Starbucks, for BMW and Kia, we will be directing the same level of investment into that division.”

The Stewart empire includes regional hotel chain Sandals Resorts International, whose properties are all resorts managed as all-inclusive vacation spots, that is, up to this year. AC Marriott, which entered the market in June, is Sandal’s virgin attempt at operating a meeting hotel and its first property to be located in Kingston. The Starbucks franchise is a partnership between Stewart, as deputy CEO of Sandals Resorts, and a company controlled by Montego Bay businessman Ian Dear.

“ATL will be going through an evolution,” he said, a reinvention “to ensure it is relevant to the consumer. This is something that I am leading. I have been working on it since the start of 2019. Beginning 2020, you will be seeing major investments in appliances.”

He did not disclose the size of the investments to be made.

The size of Jamaica’s appliance market is unknown, but in one sphere, the supply of air-conditioning systems, ATL claims to be the market leader. Stewart says the company does not track the market size and its share of it, but is more focussed on its own performance.

Already, ATL has expanded its fleet by 25, recruited new talent who are meant to help drive the transformation – including Joy Clarke as head of sales, Myer Johnson as commercial director, and Simone Walker as head of marketing and customer experience.

“This is all part of the way forward and the evolution I am speaking about,” Stewart said.

As for the Sandals chain, the company recently spent US$65 million to renovate and expand the first hotel property to be acquired by Butch Stewart back in 1981, Sandals Montego Bay, which was completed last year.

The opening of AC Marriott happened in June, and that is being followed by upgrades to Sandals in Negril on which the resort chain is spending US$55 million.

“We acquired the Cosmo’s restaurant and bought the land beside us. That will be an addition of 75 family suites that is in the middle of final planning approval now,” he said.

For the south coast, the company is planning several “love nests” and is in the middle of designing 20 rondoval accommodations for Sandals Whitehouse, which will be a US$12-million investment. Rondoval rooms are round or octagonal in shape.

“They will be some of the most luxurious rooms we have ever built. They will have private pools, private Jacuzzis; we call them love nests. They will be butler-serviced, have LED TV, a lot of very fine finishes, and indoor and outdoor showers,” he said.

Stewart told the Financial Gleaner on Tuesday that Sandals aims to begin construction of the love nests in 45 days.

Sandals Resorts International operates 18 properties across the Caribbean under the Sandals and Beaches brands. Asked about the chain’s top line income, Stewart said only that the company was “in great shape”.

The Stewarts don’t disclose their companies’ financial performance. However, online company tracker Owler.com estimates the Sandals group’s annual revenues at US$2 billion, and its employees at 10,001. Sandals’ main competitors were named as Ritz-Carlton, Four Seasons and Hyatt as at August 2019.

“If you go on our website, you will see that for room accommodation it is already booked a year out. This year we came in very strong. We marketed two things. We marketed the brand Sandals and Jamaica as an island destination. I was in England last week. Everywhere you looked – tube stations, on the inside and outside, in taxi cabs, on television, billboards in small suburban towns,” the ads were on display, said Stewart.

“In the US, on television every 20 seconds, that Sandals advert is playing somewhere. So Jamaica and Sandals is appearing very well. The company, overall, is doing very well and it continues to be something we are incredibly proud of,” he said.

Sandals operates three hotels in The Bahamas, none of which sustained damage from Hurricane Dorian, said Stewart. The Sandals Foundation is working with the Ministry of Tourism to deliver aid to that country after Dorian devastated sections of the country and claimed at least 20 lives in what has been described as a historic Category 5 storm.

The foundation has already delivered 10,000 cases of water, with plans to do more. Stewart also said that Mayberry Investments has donated US$1 million to the foundation to assist with the relief efforts.