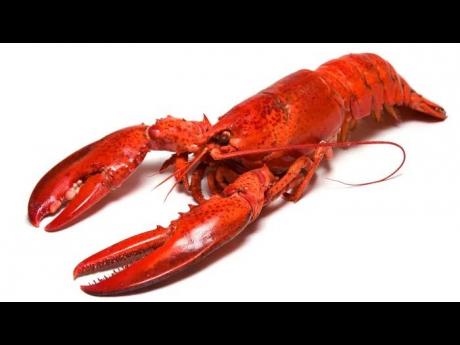 The Jamaican Government has entered into a new agreement with the People’s Republic of China for the export of frozen lobster to the Asian country.

Minister of Industry, Commerce, Agriculture and Fisheries Audley Shaw and Chinese Ambassador to Jamaica Tian Qi signed the protocol governing the export of frozen lobster at the ministry’s offices at Hope Complex in Kingston on Thursday.

The protocol outlines the sanitary and hygiene conditions necessary to facilitate such export, as well as the responsibilities of the competent authority/Veterinary Services Division, in coordination with the General Administration of Customs of the People’s Republic of China, to meet the sanitary requirements for export to that country.

“I urge all relevant stakeholders and our potential exporters to adhere to their responsibilities to comply with the requirements,” said Shaw, who described the agreement as a further step in the mutual and cordial relations between the two countries, especially as it relates to the blue economy.

Jamaican firms in the fisheries business are already exporting live lobster to China.

The minister noted that in an effort to secure the export of Jamaican fish and fish products such as spiny lobster and queen conch into the Chinese market, the ministry signed a memorandum of understanding (MOU) with China on September 22, 2017.

Under that agreement, the two countries “agreed to cooperate regarding the promotion of the export of spiny lobsters and queen conch in the first instance, and thereafter other fishery products from Jamaica to China, with a view to expeditiously establishing an effective and mutually beneficial trade relationship,” Shaw said.

That agreement, he added, led to “an unfortunate misunderstanding in the public discourse that that MOU was going to allow Chinese vessels to fish in Jamaican waters”. But it was then reiterated and clarified that the MOU dealt specifically with hygiene, sanitation and certification matters to allow for cooperation between Jamaica and China on sanitary and phytosanitary issues in order to permit the export of Jamaican live spiny lobsters to that country.

The government-to-government agreement was in response to repeated calls from the local fishing industry to the Jamaican authorities for assistance in accessing diverse markets, including China, for the export of their fish products, Shaw said.

He added that both governments have also been keen to ensure the establishment of prerequisite conditions under which Jamaica can export fish products into China in accordance with international regulations for the trade of food.

“This has been done in a spirit of mutual cooperation and in accordance with all matters relating to monitoring, inspection and quarantine requirements on the part of the competent authorities in both countries,” he said.

Since the 2017 agreement, a protocol for the export of live lobster was developed and signed by both countries, said Shaw, noting that there has been steady export of the product from Jamaica to China.

The agriculture minister said Jamaica exported more than 23,700 kilograms of live spiny lobster to China in 2018, and the expectation is that more than 28,000 kilograms will be exported this year.

Ambassador Tian noted that trade between Jamaica and China was US$600 million in 2018 and with the signing on the latest agreement that would grow. He added that Chinese investment in Jamaica is valued at US$2 billion and has created more than 20,000 jobs for Jamaicans.

“I’m sure the trade from this year on will continue to increase” to the benefit of both countries, the Ambassdor said. “I’m sure there will be more Chinese investments coming to Jamaica,” he added.

The ministry’s permanent Secretary, Dermon Spence, said exporters can start shipping frozen lobsters right away. Spence also recognised representatives of companies such as B&D Trawling, Seafood One, Rainforest, Clarendon Seafood and Cole’s Seafood without whom “we would not be able to have any trade going at all,” he added.