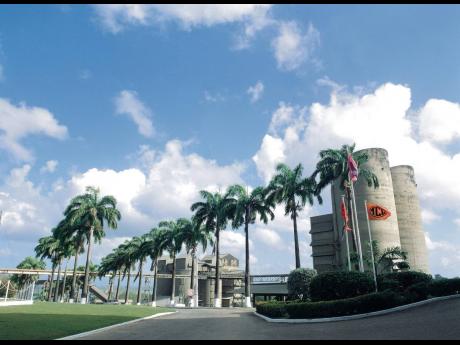 In August, the Caribbean Court of Justice, CCJ, upheld COTED’s classification decision of rock hard cement as ‘other hydraulic cement’ and held that its decision was binding on all member states.

The court found that COTED was entitled to rely on the advice received by the World Customs Organization, WCO, because of that organisation’s pivotal role in the administration of the Harmonised Code.

However, as a matter of public policy, the CCJ made several recommendations following the legal decision.

First, it recommended that COTED conduct a study to assess whether the Common External Tariff, the CET, for imported ‘other hydraulic cement’ be increased to provide additional protection to regional cement manufacturers in keeping with the obligation placed on COTED by the Revised Treaty to keep the CET under review.

Third, the CCJ suggested the implementation of a project to harmonise the classification of goods based on WCO standards which would help to increase Caricom trade.

The court’s decisions confirm that the CCJ has come into its own. After several judgements by the court in its original jurisdiction, there is certainly enough jurisprudence to warrant dedicated study – if not an entire workshop or symposium – to better understand their legal and economic consequences. Permit us to highlight just a few.

On the legal front, the CCJ’s decision clarifies a number of issues, including The Bahamas, and its voting rights, under the CSME; the voting procedures and required majorities for Ministerial Councils; the role and powers of COTED in the maintenance and review of the CET, including the scope of its obligations and its duty to provide reasons for its decisions.

First, as the CCJ highlighted, some of the issues decided by the court are likely to be moot because of the Protocol to the Revised Treaty adopted in 2015 which now provides that a member state may be exempted from applying the CET on goods ‘for a period of time’.

In the Barbados dispute, the protocol could not be retroactively applied to the 2001 derogation granted to Barbados, which was not time bound. Going forward, however, COTED’s decisions regarding suspensions and alternations will be governed by the Protocol and are therefore likely to be more specific.

The decisions also exposed the overlap of parties, and roles, in the administration of the CET. The Court assigned a primary role for COTED, not just in the ascription of CET rates but also the classification of products, under the CET; the CCJ confirmed its own (indirect) role, through judicial review of COTED’s classification decisions; the role of Member States who ultimately implement and apply the CET; and finally, the role of an external body, the WCO.

While it makes eminent sense for COTED – comprising ministerial representatives – to rely on technical experts to make classification decisions, it may strike some as peculiar that the court would entirely delegate that role to an extra regional body, the WCO, possibly at its own expense. Is it not the very business of a Court to interpret legal instruments affecting the operation of the CSME?

The court may have chosen instead to approach its task as the Appellate Court of the World Trade Organization, WTO, does, that is, to rely on the WCO’s advice only as a matter of fact in resolving classification disputes, and to support its own interpretation using the tools of treaty interpretation provided under the Vienna Convention of the Law of Treaties.

It is also strikes us as a missed opportunity for a Caricom member state to have requested that the court provide an advisory opinion, under Article 212 of the Revised Treaty, to aid in the COTED decision.

The third issue concerns the obligation of member states in respect of prima facie inconsistent domestic law. As has happened in previous cases, the court did not find it necessary to make a finding that Barbados’ retention of domestic law specifying the 60 per cent rate to be applied to Rock Cement, was inconsistent with the CET zero to 5 per cent rate for ‘other hydraulic cement’ following the expiration of the derogation.

In this case, a finding by the Court of inconsistency based on the domestic legislation would also have led to greater uniformity in the application of the CET, a point highlighted by the court as being in need of greater attention by Caricom member states.

The economic implications are also considerable. During the protracted dispute, the court explained how the type of cement being imported to Caricom has changed.

When the CET was first established, blended cements like rock hard cement were not in existence and their competitive impact on the regional market could not have been contemplated. This explains why such cement was ascribed a very low CET rate.

The court’s rulings permit the importation of a cheaper cement product which could help lower building costs, and allow for greater competition within the regional cement market, which could benefit consumers.

There is concern, however, about whether indigenous cement manufacturers can compete with the influx of cheaper cement. As such, there is merit to the CCJ’s suggestion for a study to be conducted on whether the CET for ‘other hydraulic cement’ ought to be raised. Such a study should take into account the potential economic implications of any such increase, including on consumers.

The rulings also raise the broader question of how “nimble” the Caricom structures are to adapt to the economic realities of the region – with implications beyond just the cement sector.