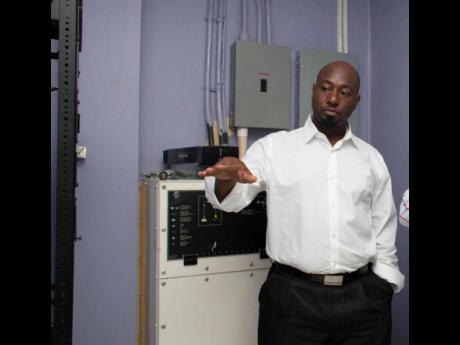 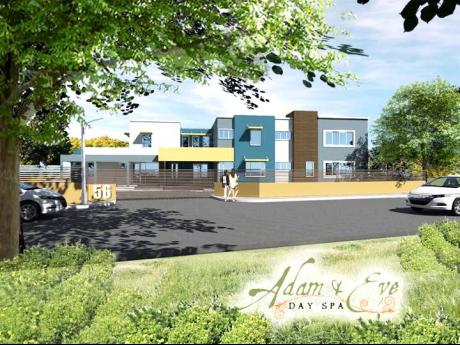 Adam & Eve Day Spa and Salon is looking to grow its customer base by more than a third once it moves into its new home in Kingston.

The spa, founded by Garth Walker and spouse Kimisha Walker, has been operating in Jamaica for more than a decade but earlier this year acquired the ½ acre property at 56 Old Hope Road to first expand in Jamaica, before launching the brand in markets across the Caribbean.

The set-up of the 10,000-square-foot spa is now half way to completion. The building doubles that of Adam & Eve’s current facility on Tobago Avenue in New Kingston and will be used by the company to promote a range of new products and services.

“What we want with this location is to bring back some of our old clients, retain our existing clients and attract new business. Our lobby area now in terms of accommodating customers, is three times the space of what we have now and the décor is very inviting,” he said.

“They can lock off a section of the location and other persons still can come and enjoy the facility,” said Walker. “Some of our plans we’ll keep close to our chest, but we are pushing to have the facility open by year end.”

The investment was only described as a “multimillion-dollar expansion”, topping the $20 million spent on the Tobago Avenue spa seven years ago.

“We realised that the location we were in, we needed to do some renovations there, the landlord also wanted use of the premises so we thought, with the economy going well and consumer spending trending up, this is the time to make a calculated investment to the level where we can then set the platform to expand the brand across the Caribbean. That’s the big plan,” the company director said.

In operation for 12 years, Adam & Eve’s acquisition of the Old Hope property represents the largest investment taken on by the company to date.

Adam & Eve began its operation in 2007 at a site spanning 1,800 square feet, before expanded to the current 5,000- square-foot, leased facility at Tobago Avenue. The acquisition of the new property was funded from equity and bank debt.

Walker anticipates that the company should begin seeing returns on its investment by 2022.

Adam & Eve claims second position in the stand-alone spa business, behind Jencare Skin Farm. Walker hopes to close the gap when the company rolls out its new services in December. His expectation is that Adam & Eve clientèle will grow by 35 per cent at the new spot.

“We don’t consider spa to be a luxury; we think of it as a necessity. So we are not just catering to the ‘A’ market, we are catering to the wider Jamaica. Some will have the disposal income, some will have to save for it, but we believe that wellness is important and we are coming to market with affordable prices,” he said.

“We will also be varying our opening hours, depending on the season. So, for example, in Christmas we may very well have an all-nighter,” he added.

Meanwhile, speaking more broadly about the wellness sector, Walker says it needs regulation to address the lack of standards.

“Nothing has been set to say these are the minimum requirements in the spa industry, so therefore, I can just get a nail technician doing manicure and pedicure and say I’m a spa,” he said.

“We believe a lot more needs to be done by the hospitality sector to educate both owners and customers ... and, inevitably, legislate the industry,” the spa owner said.