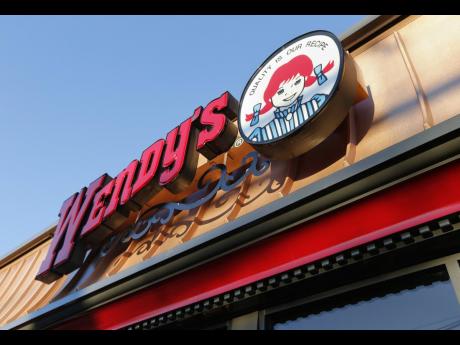 Operation of the Wendy’s sandwich chain will, on November 1, change hands to a newly incorporated company trading under the name Gara Restaurants Limited.

The franchise, which is currently managed by Convenient Brands Limited, was recently acquired by Gara Restaurants.

Convenient Brands was previously registered as Wisynco Foods Limited but was renamed and its ownership transferred to another entity when Wisynco Group restructured to go public. The food operation was transferred from Wisynco Group to its ultimate parent company prior to Wisynco’s listing on the stock market.

The terms under which Gara acquired the sandwich franchise were not disclosed. However, Gara Restaurants, which has Michelle Myers Mayne listed as director, plans on pumping $300 million into the expansion of the Wendy’s Jamaica network over the next five years.

Myers Mayne is also a director of the family-owned Restaurants of Jamaica Limited, ROJ – operators of the KFC and Pizza Hut franchises – but while the two companies plan to collaborate, Gara is a separate entity that was registered in Jamaica in February 2019 but whose owner is registered offshore in St Lucia.

Gara will fulfil plans made by Convenient Brands to open Wendy’s seventh location at Fontana’s Waterloo Square building in Kingston. The eighth location will be on Constant Spring Road in the capital. Both are planned for the first quarter of 2020, and each location should bring employment for about 30 individuals.

“We understood that the brand was going to be for sale, and we started discussions about nine months ago. Those two locations are planned for March and April – we are hoping both for March – and then we do a minimum of one per year thereafter,” Myers Mayne told the Financial Gleaner.

One of her goals is, by 2021, to quadruple what its previous operator had done for the business over the past eight years.

Convenient Brands also operates the Domino’s Pizza franchise. Up to 2011, the company had four Wendy’s and 10 Domino’s outlets, when it launched a test co-location model of both fast-food outlets in Half-Way Tree, Kingston.

At the time, the franchise operator noted that the brands remained profitable, largely owing to a change in their business strategy, which saw improvements in their menus. In 2013, Wisynco closed its single retail Häagen-Dazs ice cream store and converted the space at Loshusan Barbican Centre to another Wendy’s. It later shuttered its operation at the corner of Derrymore and Constant Spring roads and opened Wendy’s Spring Village.

Wisynco also announced plans to add two new Wendy’s outlets in Portmore and Manor Park, of which only the Sovereign Village, Portmore, restaurant has materialised. Its latest addition was Wendy’s South Parade in downtown Kingston.

The listed Wisynco Group comprises its distribution and manufacturing operations.

“There were a couple of companies that came out of the Wisynco Group, the food division, and we felt that with one company being a public company, we didn’t want any confusion with Wisynco Foods Limited, so we changed the name to Convenient Brands Limited,” CEO of Wisynco Group Limited, Andrew Mahfood, told the Financial Gleaner.

The name change took place about six months ago.

Mahfood says the Wendy’s franchise acquisition by Gara Restaurants could see the Wendy’s network growing to at least 15 stores across Jamaica.

Myers Mayne says ROJ will offer professional services, including maintenance and management information system services, to Gara Restaurants to create operational efficiencies like that of KFC and Pizza Hut.

“The development of Wendy’s in Jamaica needs full-time attention, and we believe the potential to double or triple the existing restaurants is attainable,” said Mahfood.

“To be fair to our people, the brand and to Wendy’s International, we felt the timing was not right for us to embark on such an expansion as we needed to ensure our resources continue to be focused on our mainstream business,” he said.

Mahfood, however, says there is no consideration for offloading the remaining Domino’s operation.

Wendy’s is an American quick service restaurant chain – whose franchising operations are managed by Wendy’s International.