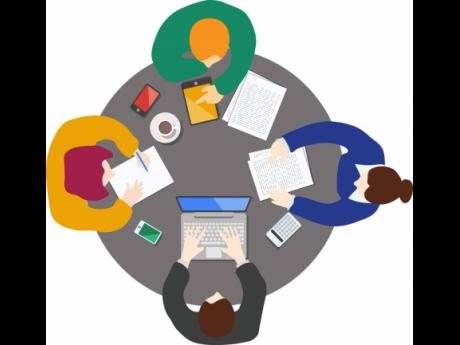 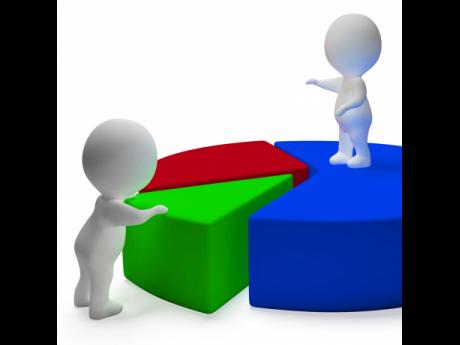 Have you ever been presented with a strategy document that appeared to be nothing more than a list of projects? If so, the good news is that you aren’t crazy if you thought that something was missing.

A sound plan is more than a grab bag; it should bring an intangible hypothesis to life in words and images that staff members can use in their daily activities.

On an assignment recently, I was asked to look at a strategic plan put together by a public-sector organisation. Fortunately, it had all the boxes ticked. Every single item was cross-referenced with Vision 2030 Jamaica, the United Nations’ Sustainable Development Goals, and a number of other guidelines set by esteemed international bodies.

However, there was a gaping hole. The plan lacked any connection between detailed project plans and the reasons they were created in the first place. Apparently, the consultants who assembled these projects left out an important activity, such that employees were forced to take empty steps.

With little emotional or logical guidance to the original ideas, they were going through the motions but missing the point.

You can ensure that this never happens to your team.

If your strategic-planning team isn’t intent on crafting breakthroughs, then cancel the retreat. Save your north coast hotel money and just follow business as usual.

If the idea of producing breakthroughs sounds daunting, it should. By definition, these stretch targets don’t produce themselves, yet they are the reason leaders are appointed. Even with little explicit training in how to do so, executives are expected to realise the unimaginable and unforeseen.

One method I use to move leadership teams into this zone is logical: I request that they step into and create a specific 15- to 30-year future. I ask: What are you willing to create, and how does it translate into numbers?

As they follow the process to sketch out these results by the chosen year, they naturally produce stretch targets that cannot occur by accident.

To find an example of a breakthrough commitment, look no further than Vision 2030 – to make Jamaica “the place of choice to live, work, raise families and do business”. We can probably all agree that this extraordinary outcome has no chance of being realised by routine actions.

The big problem leaders have when sharing such lofty targets is that the first reaction is one of disbelief. People hear the words and immediately dismiss them as fantastical, to be ignored.

A good way to alleviate this pressure is to build a logical bridge between the future and the present. This can be done by back-casting – working one’s way back to the present using current-day facts and future targets as anchors on opposite ends.

Unfortunately, teams sometimes discover that such a connection is impossible to build. It could be that the goals, when taken together as a whole, are infeasible.

In this case, they must be readjusted in order to remain credible, a task leaders must undertake to retain their followership. This simple act restores trust: it’s the opposite of the nonsensical ‘I don’t care, do it anyway’ pressure that some managers try to apply.

Perhaps the hardest challenge is to help project teams who are executing each day to retain their link to the original intent of the breakthrough goal.

For example, I have met few at the lowest or even mid-levels of the public sector who are inspired by Vision 2030. Even though it articulates our citizens’ deepest commitments, it has got lost in mundane business-as-usual execution.

One approach to retaining the link is to explain executive reasoning in words, images, videos, and interactives. Together, they show how the breakthrough goals of the organisation were derived in tones that are both logical and emotional, making them easy to understand.

Another way is to give staff the means to translate breakthrough goals into personal objectives. This exercise helps them retain the underlying intent but own the outcome for themselves.

If your organisation is looking at a list of projects that don’t add up to more than an empty bunch of activities, consider that your leaders skipped a task along the way.

Instead, take actions to restore them. Trust that staff who appear to be merely going through the motions can be inspired. Shift to seeing them as people who are waiting for you and your fellow managers to step up and lead.

Like many solutions of this nature, the best examples are wrought from the very top of the organisation. Leaders must tell the truth about their own lack of inspiration if they are to forge the kind of commitment that leads to sacrifices and risk-taking. These are a few of the essential ingredients needed to see a breakthrough goal become a reality.

Francis Wade is a management consultant and author of ‘ Perfect Time-Based Productivity’. To receive a summary of links to past columns or give feedback, email columns@fwconsulting.com.