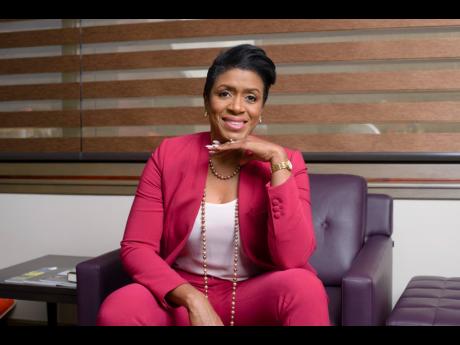 S upreme Ventures’ regional expansion plan, the full details of which are yet to be disclosed, will see top boss Ann-Dawn Young Sang leading the initiative with two lieutenants at her side.

The gaming and lottery company will expand regionally through subsidiary Prime Sports Jamaica Limited, for which Xesus Johnston and Dennis Chung have been named co-CEOs, effective November 1.

Each man will have responsibility over one of two newly created divisions – Johnston as head of gaming and Chung as lead for shared services.

Young Sang has spoken in the past of the plan to expand across the region, after the company entered the sport betting market in Guyana last year; but the timelines, market entry strategies, and investments to be made are still unknown, despite a new market filing on Monday about the expansion plan and changes to SVL’s management structure.

“The company’s expansion plans are largely being driven by the build out of operations in their newest subsidiary in Guyana, and in other opportunities,” it said. References were also made to unspecified investments in SVL’s “Jamaican infrastructure” in preparation for the roll-out.

Both men already hold substantial posts at SVL – Chung as chief financial officer and Johnston as SVP of gaming operations – and it appears they will retain those roles, although the market filing was silent on that issue.

Efforts to speak with Young Sang were unsuccessful, and questions submitted through the communications unit remain unanswered.

Its Caymanas Park horse-racing business, operated under subsidiary Supreme Ventures Racing and Entertainment Limited, continues to weigh on its finances, three years into its acquisition.

However, it also appears that Caymanas Park is making progress. Revenues over nine months to September climbed 17 per cent year-on-year to $5.34 billion. The horse track continued to rack up losses, but those shrank in the review period from $193 million to $135 million.

Horse racing represents 19 per cent of SVL’s revenue. The group booked top line income of $28 billion over nine months, an improvement of nearly 16 per cent.

Supreme Ventures Racing Chairman Solomon Sharpe was not reached for comment on whether the business was performing to expectations or below target on the turnaround plan, while Young Sang and SVL Chairman Gary Peart were said to be travelling abroad.

In other market filings, SVL announced that Nicholas Mouttet was appointed to the board of directors, effective November 1; and that director W. David McConnell is the new chair of the Audit, Risk and Compliance Committee, consequent on the resignation of director Ansel Howell from SVL, Prime Sports (Jamaica) Limited, Supreme Ventures Enterprise Inc, Supreme Ventures Guyana Holdings Inc and Post to Post Betting Limited.