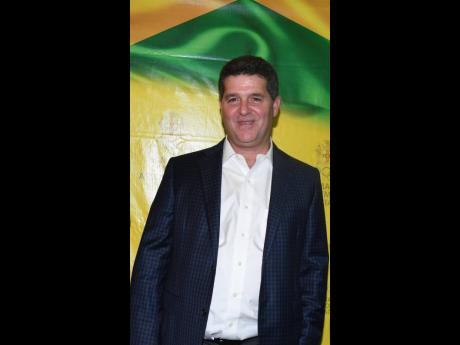 Wisynco Group is reporting a surge in first-quarter profit on the back of a one-third increase in revenues that it attributes to the alliances cobbled with sugar and rum producer Worthy Park Estates and snack maker JP Snacks.

For the period ending September, Wisynco profits climbed 47 per cent to $1.2 billion; revenue grew 34 per cent to $9.1 billion.

“We’re starting to see a number of things fall into place, including the acquisitions done over the last two or so years [that] are now bearing fruit,” said Wisynco Chairman William Mahfood.

“Added to that, the increased capacity that we’ve put in place has improved production,” he told the Financial Gleaner.

Wisynco, whose business lines include beverage and other manufacturing, and the distribution of consumer products, acquired a 30 per cent in Worthy Park Estates last year, alongside the distribution contract for its sugar and branded rum.

Wisynco also took a 30 per cent stake in JP Snacks, the makers of St Mary’s snacks, at the beginning of the year, also as part of a distribution partnership.

Wisynco has chosen this model to build out its distribution partnerships because of the experience it had with the Ocean Spray beverage contract, which it lost after years representing the brand in Jamaica.

“We took the Ocean Spray business from zero to the point where it was one of the biggest businesses in the world; only for, literally overnight, someone telling us that they are forming another partnership elsewhere,” Mahfood said.

Beginning in the mid-1990s, Wisynco struck a partnership with American company Ocean Spray to distribute its products in Jamaica. In 2008, Wisynco merged the Ocean Spray brand with its own line of purified water, Wata, to create the hit cranberry-flavoured water product, popularly known as ‘Cran wata’, but that was thrown into a tailspin when PepsiCo acquired the exclusive rights to package and distribute Ocean Spray product in the region.

Before Worthy Park and JP Snacks, Wisynco struck a similar deal with juice maker Trade Winds Citrus, in which it took a 50 per cent stake. The model that Wisynco is pursuing now, the chairman said, has a two-fold benefit: additional sales revenue from strong brands and financial returns.

“We want to look at it from two standpoints: investing in a brand that we believe in, which has great growth potential and will allow us to benefit from the growth of the company through equity participation,” Mahfood said.

To take on the two distribution arrangements, Mahfood said Wisynco boosted staffing by about 10 per cent, representing some 200 new hires. The delivery fleet, he said, was also expanded by engaging another 100 contractors, and the company leased an additional 90,000 square feet of warehouse space.

At times, he said, it felt like the company was getting too big too fast, but in the end, the Wisynco team made it work.

“There is no question that we were stretched. Commendations must go to the entire team for pushing so hard, especially in the last quarter. It is true there are persons who might have questioned the wisdom of the moves, but the reality is that when opportunities come along you have to take them,” Mahfood said.

After suffering a massive fire at its Lakes Pen facility in May 2016, Wisynco built a new warehousing centre that was commissioned the following year. It took an investment of US$20 million, partly financed by the insurance payout for the fire, as well as bank debt.