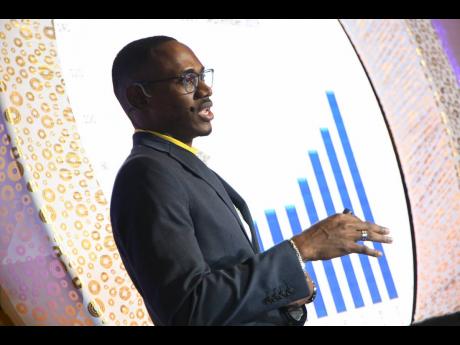 NCB Insurance Company, NCBIC, is laying claim to being the oldest continuing pension fund in Jamaica, but they fall second behind the top fund manager Sagicor Life in terms of market dominance.

The private pension market is valued above $600 billion in funds under management, and NCBIC is now looking to grow its near $120 billion share.

Its long-term plan is to take pole position away from Sagicor Life, a plank of which is the pooled pension fund offerings launched by the company on Thursday.

“We are aiming for that number one spot in five years or less. To do that we’re looking to get some bigger players to manage their pension funds. We are presenting an option to pension funds in the marketplace to either have us manage a piece of their pension funds or all of it,” said Business Development Manager Desmond Johnson after the launch of NCB Pooled Pension Funds on Thursday.

“That is to say on the platform each fund is managed separately with no commingling of the assets. In order for them to avail themselves of this service they would have to be of a certain size,” he said.

Now, the pooled arrangements allows for participation of schemes of any size in certain investments.

The Real Estate Fund is designed with a risk tolerance level of ‘moderate to aggressive’. It will invest in local commercial and residential properties.

The Fixed Income Fund has a moderate risk tolerance and will primarily be investing in high yielding medium to long-term fixed income investments, inclusive of finance leases.

The Equity Fund is for the more aggressive risk taker. Its investments are primarily in publicly-traded equity securities.

And the Money Market Fund is for conservative investors, relying on short-term government and commercial paper denominated in Jamaican dollars.

NCBIC has assembled a team of about 10 persons to pitch the pooled funds. Johnson says the aim is not to grow by poaching customers from other pooled funds, but rather to entice others to start pooling their investments.