Construction company sues Government for $10b 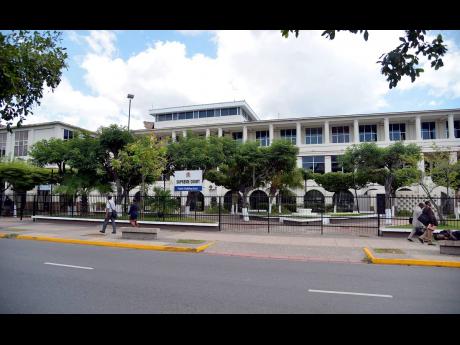 A construction company engaged by the Ministry of Education to build a school in Annotto Bay, St Mary, almost 21 years, ago is suing the Attorney General of Jamaica for $10.6 billion over the aborted contract.

The value of the claim equates to more than 200 times the $49.48 million which the Attorney General, in its defence filed on October 28, said was the contract sum for the project that Construction Developers Associates Limited, CDA, commenced on February 10, 1999 and was to have completed around February 9, 2000.

The claim filed in the Supreme Court by attorney Patrick Foster, QC, on behalf of CDA, noted that the job was almost completed when the ministry terminated the contract. The Attorney General’s own account, according its defence, was that the ministry ended the contract on June 5, 2001 on the basis that CDA had breached their agreement.

CDA alleges that while it was undertaking work on the project, it submitted claims to the ministry relating to loss and expenses due to extension of time, fluctuations in labour and material, overheads and handling charges, and wrongly certified sums, among other things.

The claims resulted in a dispute, which eventually led to the appointment of an ­adjudicator who, in July 2001, ruled in favour of CDA on a number of its claims. CDA said the rulings were not honoured by the education ministry and, according to the particulars of claim filed in the Supreme Court, commercial interest therefore continued to accrue on the sum on a compound basis.

CDA, whose majority shareholder and managing director is Roy Williams, said that numerous attempts were made between 2001 and 2010 to settle the matter to no avail. In April 2011, CDA submitted a claim to the ministry for $1.24 billion based on the rulings of the adjudicator, but the ministry did not settle. Instead it decided to challenge the ruling of the adjudicator in court.

In November 2014, the Supreme Court gave a final judgment in favour of CDA, declaring the rulings of the adjudicator to be binding on the parties. With application of the prevailing rate of interest, CDA’s claim was updated to $3.54 billion, which it submitted to the ministry in December 2014 as a final claim.

In 2016, CDA wrote to the education ministry requesting that the claim be settled as a matter of urgency, noting that the failure to do so has compromised its ability to service its debts to third parties resulting in the sale of a number of its assets.

CDA also communicated to the ministry that the money was needed to make salary and redundancy payments to its staff.

The developer retained Nunes, Scholefield, DeLeon & Company in June 2017 to recover the outstanding sum. A meeting was held between representatives of the ministry and CDA to discuss whether the government entity could make an interim payment of $1.19 billion. The ministry instead made a payment of $90 million in February 2018.

In order to bring the matter to completion, CDA said, it submitted its final account and final claim to project manager Rivi Gardner on November 23, 2018, in the sum of $10.61 billion.

On October 28 this year, the Attorney General filed a defence in which, while not denying that the sums are owing, indicated that the challenge to settling the claim stemmed from the issue of the amount of money to be paid.

The defence also stated that CDA had no basis to submit a final claim to Rivi Gardner as he was not the project manager at the inception of the contract and that the contract was in any event terminated in 2001.

Under the Supreme Court’s Civil Procedure Rules, the matter will now go to mediation and if that fails it will then proceed to a case management conference where a trial date will be fixed.