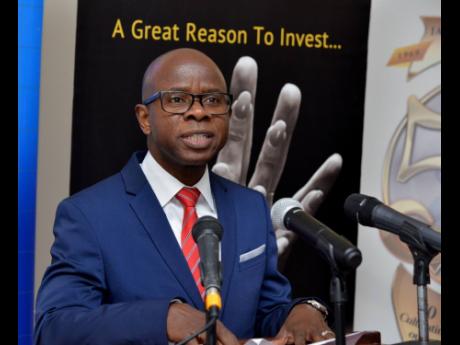 Energy finance company MPC Capital expects a series of projects it is backing to come on stream within two years in various regional markets, including Jamaica.

The German company, which is keenly overseeing a US$23 million rights issue by its regional operation, MPC Caribbean Clean Energy Limited, offered through the stock market, has signed two agreements with local tertiary institutions to supply them with solar photovoltaic systems.

Top executives of MPC, including Managing Director David Delaire and Martin Vogle, are hoping to avoid the disappointing outcome of MPC Caribbean’s first market foray, an IPO which yielded US$11 million of a targeted US$50 million from investors in Jamaica and Trinidad.

“We’re here … because we want to make sure that we leave no stone unturned in this round. We may have been conservative at the time of the IPO so this time we decided to go full force,” Delaire told the Financial Gleaner, noting that he, Vogle and a regional manager were maintaining watch. The rights issue closes mid-December.

But the company is also hunting business in the process. Memorandums of understanding were signed separately by the University of the Commonwealth Caribbean for a 2MW rooftop solar system for its New Kingston campus; and with the Mico Foundation for a similar rooftop system to be installed at The Mico University College.

Commissioning for Mico is expected in the second quarter of 2020, while UCC’s will come on stream in the fourth quarter of that year.

Delaire says the projects should cost US$2 million each. But he also described them as relatively small jobs among the pipeline of projects MPC has lined up for execution by the end of 2021.

One of MPC’s greenfield investments commissioned this year is a 35 per cent stake in the Eight Rivers solar farm at Paradise Park in Westmoreland.

Delaire said a Paradise Park 2 is under active consideration, but that a lot depends on the direction taken by Jamaica’s authorities, which sets the timetable for when to invite investors to build large renewable systems for the national grid.

As to MPC broad investment programme, the managing director said MPC is pursuing a risk mitigation strategy that will see the company financing a mix of renewable technologies across different markets. Its approach also includes building a portfolio of greenfield and brownfield projects.

“The approach calls for two-thirds of the assets as greenfield and the rest as brownfield, that is to say, operating proven assets that are generating revenue,” Delaire said.

It’s a strategy the company believes will produce earnings that will allow it to pay out regular dividends to keep its investors happy.

“Our mandate doesn’t allow us to keep the proceeds from the assets in the fund. We have to distribute it totally after expenses and taxes,” said Delaire.

The company has already made one distribution since its listing this year.

“We now have more investors who are more convinced that the case is proven, so to speak. We’ve paid dividends and in doing so we paid more than we promised. We said six per cent, and we did almost nine (per cent),” he said.

Asked about whether MPC can sustain the six per cent promise going forward, Delaire said the power contracts that it is lining up is indicator that it is doable, and might even be conservative.

“It is very simple. We sign contracts for 20 years that say whatever by way of power we produce the energy company will pay. After the portfolio is fully operational, say by 2022, the cost is pretty fixed and the revenue is guaranteed. Therefore it is highly sustainable,” he said.

“Being a German company you will understand that we are very conservative with our estimates. We apply a 30 per cent to our projections; so, for example, if we know that we can deliver 15 per cent on a project then what we say is 10 or 11 per cent – and the rest is the upside. Plus, we factor for what we call the unknowns,” he added.