Oran Hall | Contributions of the self-employed to NHT 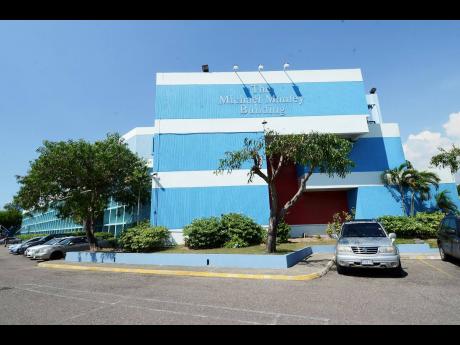 QUESTION: I would like to know if I can be a contributor to the NHT even though I am a self-employed person.

FINANCIAL ADVISER: As a self-employed person, you are legally required to contribute to the National Housing Trust (NHT) but must first register as a taxpayer with Tax Administration Jamaica. You are also required to pay education tax, make National Insurance Scheme, NIS, contributions and pay income tax if your income is at a level where you should pay it.

Under the National Housing Trust Act a self-employed person is someone gainfully occupied in Jamaica who, in relation to that occupation, is not employed by someone, other than himself, or some company that the individual does not own. Contributors may or may not be Jamaican citizens but must be above the age of 18 and not above the age of retirement and be earning at least the minimum wage.

There are several categories of self-employed:

n Persons residing and working in Jamaica but not making contributions to the NHT, but they must first register as self-employed persons with the NHT to be able to make their contributions;

n Persons who are already earning and contributing under the regular payroll of a company or agency but who are also involved in additional income earning activities;

n Persons employed to registered companies as private consultants/contractors, that is, persons employed under a contract for service who, for example, provide their own tools and other resources to do the job; and

n Directors of companies who are paid director’s fees.

These persons pay three per cent of gross earnings as NHT contributions.

Other categories of self-employed persons are Jamaican citizens employed to embassies, United Nations agencies, high commissions, and consulates situated in Jamaica; and domestic workers, gardeners, and local caregivers who work in the homes of their employers.

These individuals pay two per cent of gross earnings as NHT contributions.

Self-employed persons are required to submit their Self- Employed Persons Annual Returns of Income Taxes and Contributions, the S04 Form – on which they give details of their income and on which their taxes and contributions are calculated – to Tax Administration Jamaica, annually. This would relate to the year just ended.

They are also required to file an estimate of expected income for the following year, using the S04A form. This estimate is used to make the quarterly payments for the year. Both forms S04 and S04A may be submitted up to March 15.

Currently, there is a penalty charge of 20 per cent per annum for late submissions of payments to the NHT. Additionally, where payments are deemed delinquent, that is, usually outstanding for more than a year, a surcharge of 10 per cent on the penalty plus any arrears is also applied.

There are several benefits that self-employed persons can reap by being compliant with the NHT. For example, it makes them eligible for loans to assist in building, buying, repairing or improving of their homes. In addition to housing benefits, contributors are entitled to access a refund, with interest, on payments made to the Trust in the eighth year after they make the contributions.

To qualify for an NHT benefit, an individual must be currently contributing to the NHT; have made at least 52 weekly contributions, of which 13 must have been made in the last 26 weeks before the date of applying for the benefit; have paid up with interest any outstanding contributions due in the last three years; and be earning sufficient income to repay the loan.

You can, and should, make NHT contributions if, as a self-employed person, you are earning an income above the minimum wage.

One big benefit is the opportunity it provides you to have access to relatively cheap funds to own a home if that is a part of your personal and financial plan.