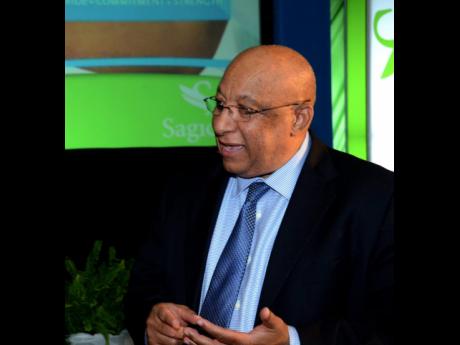 The shelving of plans to acquire the insurance arm of Scotiabank in Jamaica will reduce Sagicor Financial Corporation’s annual expected earnings by US$15 million in financial year 2020.

The dealmaker, Alignvest Corporation of Canada, indicated in its quarterly report that Sagicor and Alignvest are now targeting US$100 million in net income for the full-year from continuing operations.

The Canadian company reaffirmed, however, that the second part of the insurance deal for Scotia Insurance Trinidad and Tobago Limited remains in effect. Sagicor Financial will enter into a 20-year distribution agreement for insurance products and solutions in Trinidad and acquire all of the issued and outstanding shares in the capital of Scotia Insurance T&T.

Alignvest previously indicated that it planned to spend US$240 million to acquire the Scotia insurance portfolio – split US$144 million for Scotia Jamaica Life Insurance Company and US$96 million for Scotia Life Trinidad & Tobago.

The purchase of the insurance assets in Jamaica and Trinidad was one in a series of moves aimed at growing future earnings at Sagicor Financial by 50 per cent over the short term, according to previous market filings. However, the Jamaican side of the deal was cancelled at the top of November due to what Scotia Group Jamaica CEO David Noel described as a failure to agree on some of the sale terms.

“Both parties negotiated in good faith; however, there were a number of conditions that were important to Scotiabank that we were unable to come to a final agreement on. As a result, we have mutually agreed to not proceed with the 20-year distribution agreement for insurance products and solutions in Jamaica,” Noel told the Financial Gleaner at the time.

Alignvest is preparing to list the new Sagicor Financial Company on the Toronto Stock Exchange.

“The necessary regulatory approvals have now been satisfied and we expect to close the transaction on or prior to December 6, 2019,” Alignvest said in a filing on Monday.