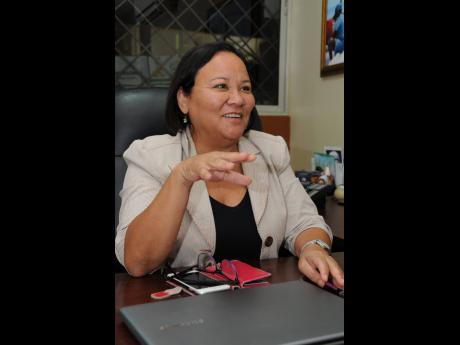 Over a seven-month stretch, baking company Honey Bun worked with a foreign consultant on reshaping its organisational and other structures.

During the past year, the company also added new warehousing capacity.

The results were immediate. For year ending September 2019, Honey Bun grew revenue by 17 per cent and profit by 72 per cent.

Sons Daniel Chong and Dustin Chong are being groomed to take on more duties – one is in charge of operations and the other distribution.

She says the training invested in both of them is a prelude to taking the baking company to another level.

So, too, was the consultancy with Canada-based management consultant, Alex Ihama. Between September 2018 and March 2019, the chief executive said, Honey Bun spent US$40,000 on leadership training, changes to organisational culture, as well as cost-saving measures and strategy.

“They had a lot of training and one-on-one coaching, and road maps to achieve certain goals. They were very clear on the objectives and the coaching was very effective,” Chong told the Financial Gleaner.

“Part of the consultation and strategic implementation was to have a massive cost-saving exercise. We therefore managed down our costs even as we increased our capacity,” she said.

Expenses spiked by nearly 12 per cent in the year to $799 million, which Chong said was impacted by two new hires: a financial controller, which was a new position that the company was recommended to create; and a new marketing manager.

Distribution costs were contained, she said, notwithstanding a 30 per cent growth in warehousing capacity and larger sales.

“We’ve had a distribution strategy going back a few years, and recently we’ve been doing more and more of it. If previously we had vans that were only half-full, then the marginal cost of making them travel full is not that much more; so, we save on costs as we increase revenue,” Chong said.

The company, producer of Honey Bun, Buccaneer and Goldie’s products, added four new vehicles to its fleet, which meant four new routes and deeper penetration in the market, she added.

The company’s exports have been boosted with positive market reception to its Buccaneer rum cake that was introduced in October 2018.

Chong says Honey Bun had a 40 per cent increase in exports to the United States and United Kingdom markets, with products channelled through the Azda and Tesco chain of supermarkets.