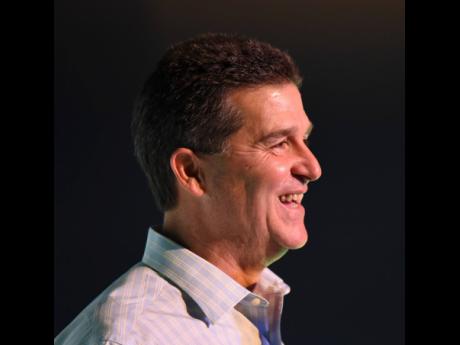 H aving added ‘sparkle’ to its cranberry-flavoured water, Wisynco Group is now positioning it as one of the main products to be pushed in export markets as the manufacturer works towards hitting a target of 10 per cent in foreign sales by 2021.

Wisynco Group, which introduced Sparkling CranWata – a mix of dissolved carbon dioxide, fruit flavouring and water – roughly four months ago in Jamaica, first plans to ship the product to Caribbean markets in an attempt to boost export sales, which currently trends below two per cent of Wisynco’s $28 billion of annual revenue.

Wisynco Chairman William Mahfood has his eyes on Cayman Islands, Bahamas, Trinidad & Tobago and Guyana as some of the initial markets. Thereafter, Wisynco will seek to secure market space in the United States.

“We have been ramping up production with the addition of the Sparkling Grape Wata and also with the new sizes. So, what we are looking at now is just building a base here so that we can start the exports,” Mahfood told the Financial Gleaner at the company’s second annual general meeting since its listing on the Jamaica Stock Exchange.

“We haven’t really started exporting yet, but we will be very soon, and I think it’s a product that has a lot of potential in the export market,” he said.

Wisynco is focused on ensuring that the “integrity and the quality” of the product remains intact after leaving the factory floor to the point that it is consumed.

“With a carbonated product in plastic, it doesn’t stay carbonated; so we have to make sure that we have very high turnover in the markets that we sell it to keep the product quality fresh,” Mahfood said.

In 2008, Wisynco diversified its water line to add flavouring, using six per cent imported cranberry juice and water. The line, which was dubbed, Wata Wid Wow, was said to have raked in millions in sales during its first year on the market. Now the Wata Wid Wow portfolio spans Cran-Peach, Cran-Grape, Cranberry and Cran-Strawberry. Its latest addition is the Sparkling Cranberry Wata, Sparkling Cran-Grape and Cran-Melon. The sparkling products are bottled in 300ml and 500ml sizes.

“We are working towards building a portfolio of flavoured and sparkling Wata with more indigenous products. We are looking at local fruits and have been trying sorrel for some time, but we just have not gotten it right,” Mahfood told shareholders at the meeting.

The plans are to begin distributing the

The chairman said that prior to the introduction of new production lines, Wisynco was concerned about under-supplying the local market amid growing demand for its beverages. Through the rebuilding and expansion programme undertaken after the 2016 fire that destroyed a section of its Lakes Pen complex, the manufacturing and distribution conglomerate addressed production and storage capacity issues, and believes it is in a position to grow exports fivefold, or to 10 per cent of total revenue.

“Realistically, to grow the export business with products like these is very challenging because they are very low-priced products. So, we are focusing on some of the new innovations, our sparkling CranWata, for example, and Tru-Juice,” Mahfood said.

“Historically, the biggest issue we’ve had with export sales was being able to keep the demand satisfied locally. We get much higher prices relative to the exports on the local market, and just last year, with the installation of three new lines, the group was able to maintain, this summer, complete supply, and also give us additional capacity for the international markets,” he said.

Manufacturing capacity for the company is just over 20 million cases per year, Mahfood affirmed on Thursday.