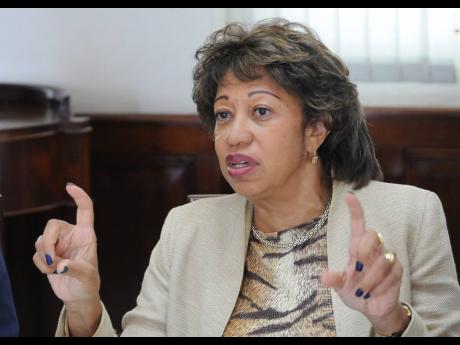 Jampro president Diane Edwards is ­expecting the third cohort of companies selected for the Export Max programme to triple their export sales through their participation in the initiative.

Export Max III, launched on Tuesday, will support 48 companies, inclusive of businesses from the creative and cannabis industries.

The programme, which was launched in 2011 as a pilot to assist small and medium-sized enterprises, MSMEs, with growing their export sales, achieved 31 per cent growth in foreign sales for the participants in the first staging. The second staging achieved 213 per cent growth, according to data presented by the state-run agency.

Edwards now anticipates that the programme – which will run for the next three years – could boost its participants’ export numbers by 300 per cent. The companies will receive support for capacity building, export market development and penetration, promotional activities, monitoring, and evaluation.

“We feel that given the success of Export Max II, where we saw a 213 per cent increase in export, given the companies we have on board, this time around, we want to see a tripling of export. We should also be able to target new export markets, and that doesn’t necessarily mean new countries but getting into new sectors within the countries that we are already in,” Edwards told the Financial Gleaner during the Export Max III Memorandum of Understanding signing on Tuesday.

Jampro, a state-run agency that provides investment marketing services, is keen on tapping into production and animation markets across the Caribbean. Export Max II currently covers the Caribbean, the United States, Canada, and the United Kingdom.

“If you look at the creatives, what we want to be able to do is get new exports on track for these companies, new distribution deals. We have on board a company that is capable of doing video production and animation, so we want to get new contracts for them,” said Edwards.

The 48 companies to be supported by Export Max III span food processing, non-food manufacturing, services, and creative industries. The 48 participants will receive grant funding totalling $64 million from the Foundation for Competitiveness and Growth – a US$50-million project funded by the World Bank with oversight from the Planning Institute of Jamaica, Bureau of Standards Jamaica, BSJ, and Scotiabank.

Each grant includes $6 million of support from the BSJ provided in the form of calibration, chemical testing, microbiology, metrology services, and packaging and labelling services.

Launched in November 2018 in partnership with the Jamaica Manufacturers and Exporters’ Association, JMEA, and the Jamaica Business Development Corporation, JBDC, Export Max III is aimed at positioning MSMEs to take advantage of market opportunities and, ultimately, to boost Jamaica’s export numbers.

JMEA president Richard Pandohie said at Tuesday’s signing ceremony that trade continues to be a “one-way street”, reflected by Jamaica’s import bill of US$6.1 billion in 2018 and a trade gap of US$4.3 billion.

The most recent data for 2019 shows an import bill of US$4.35 billion and exports of US$1.14 billion, resulting in a trade gap of US$3.2 billion year to date August.

“Jamaican SMEs contribute less than 10 per cent of our exports, and oftentimes, one hears Jamaica’s exporters being disparagingly referred to as sample exporters – meaning we send samples, the markets love it, and when commercial quantities are ordered, we cannot deliver. But this is far from the full story,” Pandohie said.

Jampro’s Export Max I programme began with 15 companies, while Max II, which culminated in 2017, had 19 participants. Jampro hopes to hit a target of 200 companies by the initiative’s fifth staging.