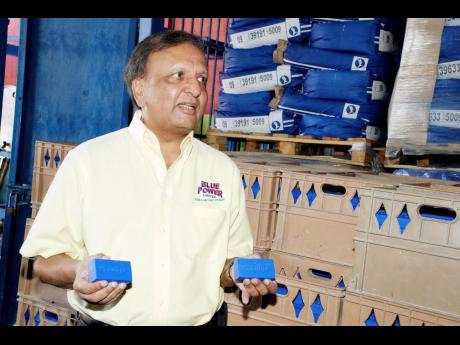 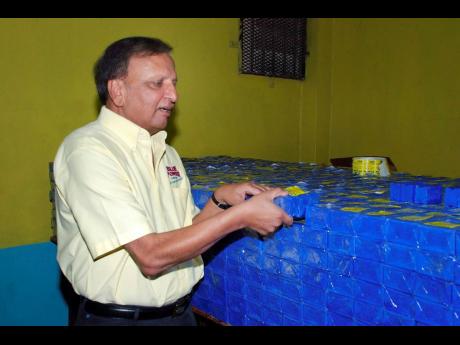 Local soap producer Blue Power Group Limited will no longer be eligible for special treatment for its exports to the region under the Caricom trade treaty, based on a new ruling by the World Customs Organisation, WCO.

Because the producer uses imported palm oil-based noodles as raw material, Blue Power has been found to be in breach of the rules of origin that make them eligible for preferential access to Caricom, that is, at zero tariff.

It means that its soaps sold to markets in the region will attract the same 40 per cent duty as those imported from outside the region into the Caribbean trade bloc.

Up to midweek other large players, Bomber Manufacturing and Federated Pharmaceuticals, both of which are part of the Cari-Med Group, said they had not similarly been affected.

But they are joining the lobby for a return to the status quo for their rival, before the WCO ruling on December 3, on the assumption that as exporters to Caricom and importers of noodles they, too, could lose preferential status.

“We are in the same industry as Blue Power and so we are pretty much lobbying for a reinstatement of the certificate of origin until the matter can be appropriately resolved,” said General Manager of Bomber Manufacturing Yvette Johnson.

“The fact is that we are negotiating because we feel it was unfair for Blue Power’s certificate to be summarily retracted,” she said.

For Blue Power Group Limited, which makes and distributes bath and laundry soaps, the ruling will affect about 20 per cent of the company’s sales, most of which is marketed in Guyana, says Chairman Dhiru Tanna.

However, the company said its domestic sales and exports to the United States and the United Kingdom are unaffected.

Blue produces its own brands, including Blue Power, Carbolic and Castile, but it also does contract manufacturing for large companies such as Seprod as well as Cari-Med.

“We probably have to exit the export market for those,” said Pandohie, who is also president of the Jamaica Manufacturers and Exporters Association. As spokesman for manufacturers, he said the WCO ruling applies to all soap manufacturers in the region.

“We are extremely concerned about the impact this will have on local manufacturers because both Cari-Med and Blue Power have said that this literally wipes out their export market to Caricom,” he said.

In a market filing last week, Blue Power, which trades on the junior stock exchange, said Jamaica Customs Agency had offered to negotiate with other Caricom countries to have the preferences restored.

“However, this may take time. The rule is expected to apply to all manufacturing countries using similar raw materials as Blue Power and means that imports of soap from regional countries, using the same manufacturing process, will face the same tariff barrier,” the company said.

“We have been using this tariff code for almost 19 years, ever since we started. We never had a problem with Customs,” he said, while noting that his company had been found by multiple agencies to have met the standards required for selling to Caricom markets.

But last week, Jamaica Customs advised that, based on a complaint by Dominica, which makes its own noodles, the Brussels-based customs organisation had determined that “the tariff classification we were using is not the correct one,” the soap producer added.

“We bring [the noodles] in at the middle stage and that’s what they are complaining about,” he said.

The effect of the ruling is that the Trade Board will not issue Blue Power with a certificate of origin, which, Tanna said, “is what you need to export to other Caricom countries and for your customer to enjoy the duty, free treatment”.

“I actually had three orders, all of which have been affected. The certificate of origin which had been issued was recalled by the Trade Board and cancelled. So, at the moment, I have lost 20 per cent of my sales,” he said.

Blue Power is trying to work with the Ministry of Industry to get the issue resolved, but Tanna expects to make more progress through Customs’ intervention.

To offset some of the market fallout in the interim, Blue Power Group said it would be looking to boost its domestic and non-Caricom sales, while the lobby efforts continue.

“I’m not quite sure how it’s going to be resolved, but it’s a big blow,” said Tanna. “We work very hard to build up our markets, only to find that overnight it’s gone,” he said.

The Cari-Med companies have an even bigger exposure to Caricom, which Johnson said accounts for more than 30 per cent of sales.

“We view this matter as one that is important to all manufacturers in terms of the Caricom treaty, because at any point in time, someone can interpret the treaty in a way that is deleterious to us,” she said.

“It’s about the context of how the revised treaty is applied in an even-handed way across the territory. We don’t want to see other products coming into Jamaica to which it was not applied while we are not able to export. It’s a matter of fairness. That is really the underlying core issue – how the treaty is being applied in all the region and what kind of support can manufacturers rely on the Government for, having made major investments,” she said.

The rules of Caricom trade are laid out in the Revised Treaty of Chaguaramas. The preferential treatment granted to intra-regional exports would be zero-rated so, for example, customers of Jamaican manufacturers would not be charged a duty on imports.

“If we don’t get preferential treatment under the treaty when we export, there is an applicable 40 per cent duty which makes us uncompetitive,” Johnson said.