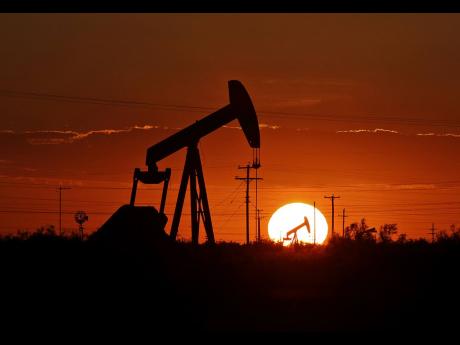 Natural gas production during the third quarter of last year increased to more than 3,600 million cubic feet per day (mmcf/d), according to the latest figures released by the Central bank of Trinidad and Tobago (CBTT).

In its monetary policy announcement for December, the CBTT said that the 3,604 mmcf/d represented a 3.7 per cent increase over the same period the previous year, despite maintenance shutdowns at two large natural gas platforms.

It said that spurred year-on-year increases in petrochemicals (23.3 per cent) and liquefied natural gas (eight per cent).

“At the same time, over the third quarter of 2019, crude oil production remained at its level of just under 60,000 barrels per day during the first half of the year, compared with a daily average of around 64,000 barrels in calendar year 2018, a reflection of the ongoing maturation of the oilfields,” the CBTT said.

It said that in the non-energy sectors, preliminary data point to modest expansions in the distribution and finance sectors during the third quarter.

“An uptick in local sales of cement suggests that construction activity is responding to the rise in public-sector infrastructural investments,” it said.

The CBTT said data provided by the Central Statistical Office showed that headline inflation slowed to 0.3 per cent in the 12 months to November 2019, with core inflation, which excludes food prices, also decelerating to 0.6 per cent.

Meanwhile, the food sub-index as a whole registered a year-on-year decline of -1.1 per cent in November 2019, reflecting reductions in the measured prices of vegetable items.

On the labour front, the Ministry of Labour and Small Enterprise Development reported that the number of persons retrenched during January to October 2019 rose by 27 per cent year-on-year.

The CBTT said the growth in private-sector credit extended by the consolidated financial system slowed to 4.3 per cent in September 2019 compared with 4.5 per cent in July 2019.

“The contraction in business credit deepened to 5.5 per cent but consumer credit, driven by debt consolidation and refinancing, grew by 5.9 per cent while real estate mortgage loan growth accelerated to 10.9 per cent. Commercial banks’ daily excess reserves at the central bank averaged around TT$5.5 billion in November 2019,” the central bank said, adding that its liquidity management operations have balanced the public sector’s financing requirements with prevailing credit and inflationary conditions.

The central bank said that it has maintained its fortnightly sales of foreign currency to authorised dealers and official international reserves that were US$6.93 billion at the end of November 2019, US$640 million lower than at the start of the year.

The CBTT said that available indicators suggest that while there remains room for macroeconomic policy support towards a durable economic recovery, external balance has not yet been restored.