Queritel begins 2020 with expansion in Chile 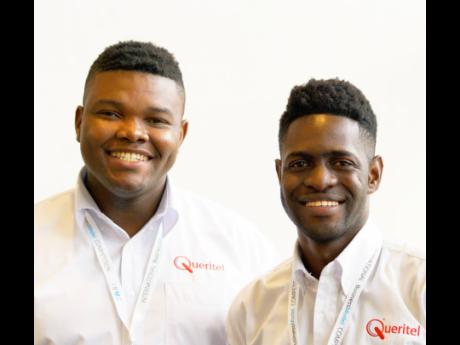 Jamaican market research company Queritel.com could double its revenue by year end from a deal it has struck with the Chilean government.

Queritel.com, which began operating in 2015 as research service for students of The University of the West Indies (UWI), is the first Jamaican and Caribbean company to be selected by the Start-Up Chile Accelerator Programme from a total of 900 companies across 97 countries.

The programme, which is known as one of the leading accelerators, in Latin America, and is among the top 10 innovation accelerators globally, has awarded the online research company a partnership with the Chilean government and access to some of the strongest financial, business, social networks across Latin America.

What’s more, Queritel’s founder and Chief Executive Officer, Shani Bennett and cofounder/Chief Operating Officer Kevonne Martin have been offered a grant of $50 million pesos to start up its operations in the Latin American country.

It is not the first time that Queritel has got a push-start for its business model, which allow investors access to data collectors who physically or virtually conduct surveys in stores, homes, streets, companies, communities, and commercial districts or cities in assessing the feasibility of the markets.

The nascent company also got a $2 million financial boost in March 2018 as winner of the National Business Model Competition staged annually by the Development Bank of Jamaica.

That afforded the marketing company to secure clients in over 22 countries. Jamaica, Trinidad and Tobago, Guyana, and the United States are currently its main markets. Now Bennett and Martin hope to set up their second brick and mortar operation in its first Spanish-speaking market and will use the funding to assist the company in research and development, recruiting, marketing, and capital expenditure.

“Latin America has been one of the regions that we wanted to target because of its large markets, and there is much more room for growth. Our mission in going into the market is to create a bridge for companies that are in Latin America and the Caribbean to tap into each market,” Martin told the Financial Gleaner.

Bennett and Martin are aiming to grow the Chile network to about 12,000 within the first 18 months of operation to effectively serve the market, which is made up of 18 million people and five cities.

“It’s a larger undertaking than what we have been doing in Jamaica, but we believe that the opportunity given to bring a company like ours to the market is great because Chile is one of the most developed markets in Latin America,” Martin said.

“We will be relocating three persons, including ourselves, to Chile to get the operation started but to maintain a presence in Jamaica we will be adding three staff to the local operation.”

The duo hopes to officially open their Chile operation in February and will be heading to the country later this month to set up operation in a hub prepared by the Chilean government. Like its Jamaican operation, Queritel is targeting businesses in Chile’s food and beverage, hospitality, transportation, automobile, and finance industries.

“Based on the mix that we’ve looked at, transportation is a big player there because much of the companies that operate airlines are in the market, and tourism is a big sector there as well. The food and beverage industry in Chile is very large in comparison to Jamaica, and a few of the food and beverage manufacturers and distributors that operate across Latin America are based in Chile,” Martin said.

“We will also be targeting companies outside that want to get into Chile,” he continued.

Having secured a space in Chile, the duo has their eyes on other countries within the Pacific Alliance trade bloc, including Mexico, Peru, and Colombia.

“Those countries will have open trade policies, and the environment is more inviting from a government standpoint to new companies coming in,” Martin said.