CEOs got a pass in 2019, but need to grow profits soon 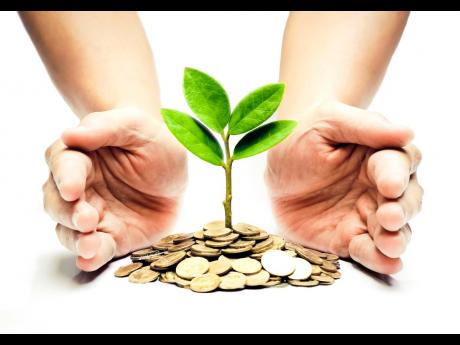 CEOs, you get one more mulligan.

Over the next few weeks, companies across the country will be telling investors how much profit they made in the last three months of 2019. Analysts along Wall Street are setting expectations very low, again. They’re forecasting a fourth straight quarter of falling profits by S&P 500 companies, according to FactSet, something that hasn’t happened since 2015-2016.

That’s normally a warning sign for the market because stock prices tend to follow the path of corporate earnings over the long term. Last year was notable not only because investors sent the S&P 500 to one of its best annual returns in decades, but because they did so while profits were slumping.

Investors are likely to give CEOs another pass this upcoming earnings season, which got under way this week with reports from JPMorgan Chase and other high-profile banks.

Last year was a particularly tough one for companies to deliver big growth because they were no longer getting the benefit of the first year of lower tax rates, as they did in 2018. Investors were also more willing to look past the struggles because the Federal Reserve was in the midst of a sharp U-turn in policy, as it cut interest rates three times.

But in 2020, companies will need to deliver more. That’s why many investors will be paying more attention to what CEOs say about 2020 trends than about how much they made in the last three months.

“It all boils down to the guidance for 2020,” said Rich Weiss, senior portfolio manager at American Century Investments. “Can we get something more than five per cent earnings growth this coming year, which arguably is going to be necessary to move this market higher? Where is that growth going to come from?”

Analysts are predicting a pickup in profits through the year, but they have a long history of making optimistic forecasts only to reel them in as reporting dates approach. Wall Street is currently calling for 9.4 per cent earnings growth for S&P 500 companies over the course of the year, following a relatively slow start, according to FactSet.

Linda Duessel, senior equity strategist at Federated Investors, is optimistic earnings growth can accelerate, especially in the second half of the year, as the effect of lower interest rates filters through the economy. The three rate cuts by the Federal Reserve last year between August and October followed years of raising rates. Lower rates make borrowing cheaper and can goose economic activity, but often with a time lag.

“Around the globe and especially in China, there have been all these easing actions, and it can take one to two years to make its way into the economy,” she said. “That’s good news to see this stuff come through.”

Another factor in favour of stronger earnings is that the United States-China trade war seems to no longer be getting worse, at least for now. The world’s two largest economies signed Phase 1 of their trade deal on Wednesday in Washington. While that didn’t solve all their disputes, the hope is that tariffs won’t escalate further and weigh on global economic growth.

Investors still need to see a clear road map for improvements, and soon. Liz Ann Sonders, chief investment strategist at Charles Schwab, said she will be listening in particular to what CEOs say about how they’re dealing with tariffs already in place in the US-China trade war.

“The market is going to start to require that we get some earnings,” she said. “At some point, earnings will have to rise.”