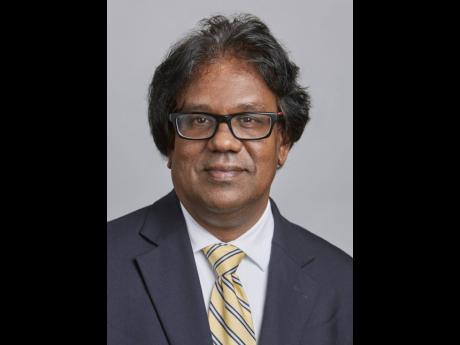 File
Wilfred Baghaloo, one of the receiver-managers for Morgan’s Harbour.

The Court of Appeal has given Lashmont Financial Services a month to vacate the Morgan’s Harbour Hotel in Port Royal, dating from its late-December 2019 judgment.

The order upholds a February 2018 Supreme Court decision made by Justice Carol Edwards in favour of the hotel’s receiver-managers.

The decision derails efforts by Lashmont to fire the receivers, which it appointed to recover debt owed to it. Efforts to reach the company’s attorneys for comment were unsuccessful.

As noted in the unanimous judgment, written by Justice Nicole Foster-Pusey, Morgan’s Harbour Limited, MHL, is the long-term lessee of approximately 23 acres of land from the Jamaican Government which expires in 2053.

That include lands on which the property formerly known as the Morgan’s Harbour Hotel is situated. The assets of Morgan’s Harbour Limited, inclusive of the long-term lease on lands, sea lodges, hotel, marina and club in Port Royal, have been up for sale by the directors and shareholders since 2013.

Neville Blythe, who was named as a majority shareholder and chairman of Morgan’s Harbour, filed an affidavit in the case in support of the receiver.

Lashmont had shown an interest in purchasing the leasehold rights to the properties and has been in possession of the hotel’s lands as a sub-lessee from 2013. The sublease was to be terminated on March 11, 2015. State agency National Investment Bank of Jamaica, which has since been merged into the Development Bank of Jamaica, DBJ, had provided financing of $50 million to MHL, secured by a debenture dated May 6, 2005 over the assets of Morgan’s Harbour.

Myles McClymont, majority shareholder and managing director of Lashmont, later informed the Morgan’s Harbour directors that Lashmont had settled MHL’s indebtedness to the DBJ in 2014 and had been assigned the debenture agreement granted over the assets.

Lashmont settled the debt and was assigned the debenture by DBJ.

Although the sublease expired on March 11, 2015, Lashmont continued to ‘hold over’ beyond its expiry. During the period of holding over on the property, Lashmont called the debt that it had acquired, but which was not being serviced by Morgan’s Harbour Limited.

At that time, the assets were on the market for sale. A notice of intention to enforce security with a demand for the sum of $79.021 million was served by Lashmont on MHL. Lashmont also appointed Wilfred Baghaloo and Caydion Campbell of PricewaterhouseCoopers as receiver-managers. The receivers took control of the company and its assets with a view to selling the property and recovering the debt owed to Lashmont.

In the meantime, the receiver-managers entered into a short-term arrangement with Lashmont for a further sub-lease, on the basis that the continued operation of the hotel by Lashmont would allow them to secure a higher sale price. The hotel was being operated by Lashmont under the name of Grand Port Royal Hotel Marina and Spa.

One of the bidders for the property was identified as NURU International, the principal of which is McClymont, who also owns Lashmont.

The Baghaloo and Campbell indicated that it was a first-time experience for them whereby the party behind the company that appointed them as receivers was also a participant in the bidding process for the assets being sold through a different entity.

In May 2017, when the deed of assignment was still unsettled between Morgan’s Harbour Limited and the preferred bidder, and with no time frame provided for completion, Lashmont instructed the receiver-managers to move on to the second- or third-ranked bidder. However, those instructions were not followed.

Lashmont’s attorneys wrote to the receivers the following month, requesting that they suspend further action for the disposal of the assets on the basis that Lashmont may have reached an agreement with the shareholders of Morgan’s Harbour.

The receivers denied the request, saying there was no compelling basis to suspend disposal of the assets and that the sale was too far advanced to be halted.

On June 9, 2017, Baghaloo and Campbell received a letter from Lashmont’s attorneys terminating their appointment, but they rejected it as unlawful, continued the work of the receivership, and turned to the Supreme Court for a declaration that they be allowed to maintain the powers of sale over the hotel assets.

A decision was handed down in their favour, which was challenged on appeal by Lashmont.

The Court of Appeal, in dismissing Lashmont’s appeal of the Supreme Court judgment, said there was clear evidence justifying Edwards’ decision, and ordered the company to vacate the leasehold properties as occupier and/or operator in 30 days.