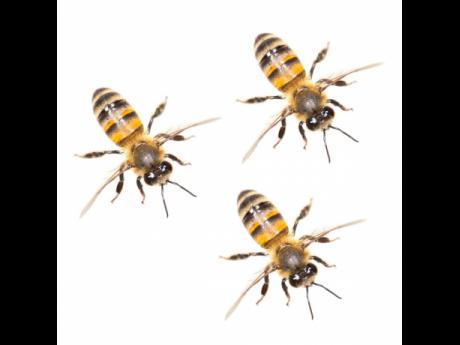 Grace Foster-Reid, a civil and environmental engineer-turned-entrepreneur, has big plans for the honey business she has built with husband Dr Clifton Reid since 2012.

EcoFarms Jamaica is now a division of EnvironMed Limited, which was registered in May 2013, and the honey business is this year looking to grow exports through participation in the Export Max programme spearheaded by investment and export promotions agency Jampro and the We Export facility of the Caribbean Export Development Agency.

Manchester-based EcoFarms is also expanding its Buzz-branded range of products, working towards global food safety certification, moving to a bigger production space with plans for full solar and other renewable power to achieve a zero-carbon footprint, and is outsourcing its marketing and distribution.

All this is with a view to boosting revenues and wringing greater profits from its 100 boxes of bees located on a 50-acre coffee farm in neighbouring St Elizabeth owned by Foster-Reid’s father, Harry Foster.

Long-term growth plans for the business, according to Foster-Reid, EcoFarms’ managing director, includes contemplation by the company’s board of a possible junior market IPO to raise equity needed to finance the next phase of expansion. They’ve also not ruled out angel investments.

What is certain is that the business, which is said to be doing well despite the usual challenges of small and medium enterprises, is now ready to raise capital beyond the estimated $30 million already ploughed into the venture.

Debt financing is not among the current capital-raising options, as the business has already gone that route to scale up to its current capacity and to break into the export market. “We probably took on debt too early,” Foster-Reid suggested to the Financial Gleaner in an interview, but stopped short of disclosing the level of borrowing.

Some $7 million of capital expenditure was used to automate the production plant that collects and packages a range of items, including the business’ flagship product – plain and flavoured Buzz Honey Stix. These are small plastic tubes of honey sold as snack packs or sweeteners in packages of six. The flavours include tamarind and watermelon, while a honey and garlic mixture is EcoFarms’ rendition of an old Jamaican folk remedy. Other honey tea-packs brews include infusions with lemon grass, cinnamon and ginger.

Honey is also packaged in jars and processed into wine of various flavours. Royal jelly, bee pollen, creamed honey and beeswax candles are also among EcoFarms’ products. Later this year, a range of cosmetics made from honey is expected to be launched following research by an overseas-based university which Foster-Reid has declined to name, citing confidentiality terms governing the arrangement.

The outfitting of the production plant – now located in a converted garage of the Reids’ Mandeville home – with cutting-edge filling stations, fermenters, storage vats and stills for winemaking, was assisted by a $4-million grant which the company received from the Development Bank of Jamaica’s Ignite programme and a $2.9-million grant through the HEART Trust’s micro, small and medium enterprises window. Foster-Reid is grateful for this assistance, as well as support from National Baking Company’s ‘Bold Ones’ initiative, led by National’s CEO, Gary ‘Butch’ Hendrickson.

EcoFarms has made social entrepreneurship a hallmark of its business model. It has a partnership with Mandeville-based Jamaica Deaf Village to train hearing-impaired persons, two of whom are employed to EcoFarms as beekeepers.

One of the two was trained in China two years ago and topped the class comprised of persons from several countries. The plan is to expand the outreach to train persons with developmental challenges. This year, EcoFarms is accelerating the company’s goal of creating 100 direct and indirect jobs by adding four more direct jobs to its current staff complement of five.

Trained at the Ivy League Massachusetts Institute of Technology, MIT, in the United States, Foster- Reid ventured into the beekeeping business following contract work at Alpart and Windalco bauxite plants. She recalled that some 200 engineers who lost work as a result of the downturn in the bauxite sector, vowed to start their own businesses and create employment for others.

The businesswoman recounts that her recovery from a near-death biking accident nudged her to get started on the entrepreneurial and job-creation journey by taking over and expanding, through research and experimentation, a part of the family farming business run by her father, who is also an engineer.

“Beekeeping really chose me,” she said. “I hadn’t thought of farming initially. The family farm was always there and when I was in university at MIT and needed school fees, my parents would sell a cow or some chickens.”

Eight years in, she now sees the business as ripe for expansion beyond the organic growth that has so far characterised it.