Paramount to blend lubricants for Fesco 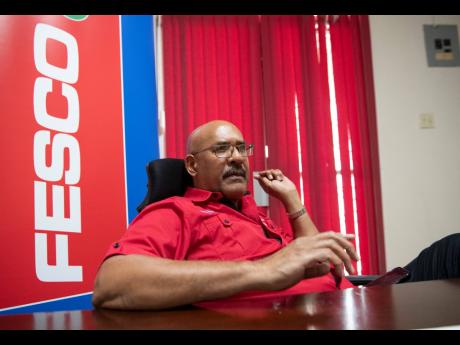 The $216-million deal runs for three years in the first instance, according to Paramount CEO Hugh Graham, who is seeking to blend lubricants for multiple brands. Fesco is its second client, behind Allegheny Petroleum, which owns the Altria line of lubricants that are also distributed locally by Paramount.

“We now have the packaging line. That puts us in a position to do what we couldn’t do before. I’m also sure it was based on the quality which comes from having a new facility and a modern lab for testing,” Graham said, noting that the first delivery under the Fesco contract is in June 2020.

The operators of Fesco say they are bringing a new automobile lubricant called Futroil to market. It will mark the company’s entry into the lubricants market as brand owner and distributor.

“Our aim is to make a difference in the Jamaican economy. We believe in our country and want to encourage local entrepreneurship. Once we found that there was a local company that can blend oil to exacting international specifications, we were happy to sign,” Fesco Vice-Chairman, Hugh Coore told the Financial Gleaner.

“We were in negotiations with other companies, including local, but we feel that Paramount is a good company that we can work with, leaving us satisfied with a mutually beneficial partnership,” he added.

Under the contract with Fesco, which supplies fuel to a network of 14 service stations, Paramount will be manufacturing multi-grade oil and hydraulic fluids. Both Graham and Coore say that they have an interest in producing gear oil and transmission fluid some time down the road.

Graham said Fesco chose his company after conducting its due diligence, which included touring and assessing the new plant, as well as entities supplied by Paramount.

Graham adds that the lubricant produced by Paramount is formulated to API, or American Petroleum Institute, standard.

The API seal of approval is one of many international standards used to judge the quality and performance of lubricants. The products performance under harsh diving conditions, morning start-up, and ability to minimise metal wear are important considerations. Other standards include ACEA, the European Automobile Manufacturers’ Association, and SAE, the American Society of Automobile Engineers.

Paramount is on the hunt for more customers. So far they have been dealing with bulk buyers such as the JUTC and other large fleet companies and manufacturers.

“We still have additional capacity and that means we are actively pursuing other possibilities because, ideally, we’d want to be at full capacity of 20-24 million gallons per year, running three shifts instead of one,” Graham said of his present operations.