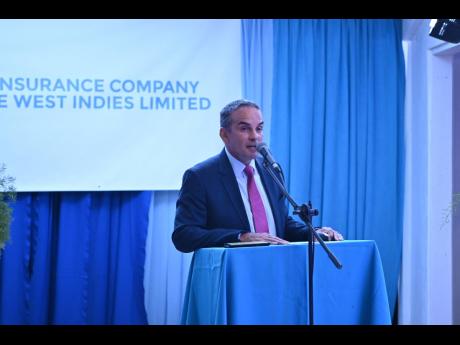 Insurance Company of the West Indies, ICWI, is planning its launch in a 10th market later this year.

ICWI officially opened its ninth office in Dominica last month after the acquisition of the booker business of general insurance company First Domestic.

Now, the 50-year-old Jamaica general insurance company has its eyes on expanding its footprint to another English or Dutch-speaking country before year end.

“Our primary focus is opening up in foreign territories. We keep looking outside of Jamaica to bolster our hard currency income, as well as the markets tends to be a little competitive, less developed, and so we are able to make our mark faster there, than trying to grow rapidly here,” ICWI President Paul Lalor told the Financial Gleaner, while tight-lipped on the countries the company is targeting.

The general insurance company’s other regional operations are in The Bahamas, British Virgin Islands, St Kitts-Nevis, St Maarten, Cayman Islands, Turks & Caicos Islands, and Trinidad & Tobago. ICWI earns 53 of its revenue in Jamaica and the other 47 per cent from seven Caribbean markets.

The company’s results for last year are not yet available, but in 2018, gross premiums for the group was just shy of $5 billion, from which the company carved a profit of $160 million.

The current revenue mix may change once ICWI begins booking the financial performance of the Dominica business and possibly a 10th market this year.

Lalor believes that Dominica alone will serve to adjust the revenue mix, pushing Jamaica below 50 per cent.

“Dominica just had an election and they have a citizenship by investment programme that seems to be working well, so the economy is really poised to grow dramatically. We thought it was a great opportunity for us to get in early and with the rights to the portfolio,” said Lalor. “It was a no brainer,” he said.

The company, which was said to be having difficulties, entered into talks with ICWI last April to take over their clients as their policies came up for renewal. ICWI will compensate First Domestic based on the number of business its writes over the next five years.

“We will be going after the same demographics as we chase throughout the Caribbean, but adding new solutions to Dominica. We have learnt a few things from them as well and we will be bringing to the region a couple of the products that they sold in Dominica but we’ve never sold before,” Lalor said.

“Travel insurance is one that we are looking at and they wrote a bigger book from marine and it’s not something that we have focused heavily on in the past so we are looking at that as well and hopefully expanding those offerings into all the other markets,” he said.

ICWI has absorbed some 16 staff from First Domestic operation in the capital of Roseau into its operation.

In Jamaica, the general insurer is also planning the opening of a 13th location on Constant Spring Road, Kingston on March 1 next door to Immaculate Conception High School.

“We used to be in Constant Spring and we came out about three or four years ago. We couldn’t find any appropriate space and the one we were in wasn’t any good,’’ Lalor said.