Portland JSX enters new phase, waiting for the returns to roll in 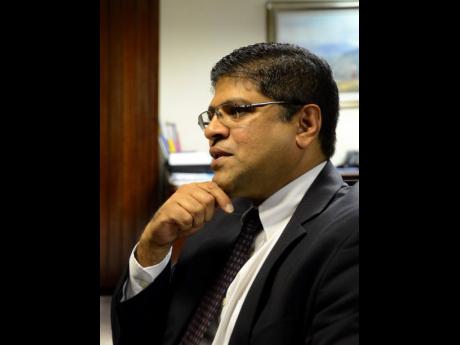 The fund is now in its operational cycle, where it will focus on driving value from its investments, says Managing Partner of Portland Private Equity, Rob Almeida.

“The underlying companies are now improving their results, and so the focus is on accelerating that improvement and realising returns in the form of dividends and other ways of monetising the investments,” Almeida told the Financial Gleaner.

Since its inception, Portland Caribbean Fund ll has pumped between US$5 million and US$30 million into individual companies. The average investment was around US$15-20 million, according to Almeida.

Portland JSX fund holds about 15 per cent of the total investment, he said.

• Liberty Latin America, a regional telecommunications provider and the owner of Flow;

• Merqueo, an e-grocer in Colombia;

• Clarien Group Limited, a banking group in Bermuda that is majority owned by NCB Financial Group;

• Facey Telecom, a regional logistics company focused on digital products and owned by Musson Jamaica; and

The list is in declining order of size of investments. Those individual investments ranged up to US$30 million, and amounted to US$160 million overall.

Portland JSX’s contribution to the overall pool, assuming the 15 per cent noted by Almeida, would have been about US$24 million.

“Our general expectation is that we will get about two-three times our money back from our investments, and right now we’ve made 10 investments. And while some will outperform or come in a little lower, we see them all as being on track to achieve our objective,” Almeida said.

“We’ve gone through the heavy-lifting phase, and we’re now at that phase where performance and returns can accelerate,” he added.

The funds that Portland Caribbean have deployed are meant to finance improvements and maximise revenue potential.

Pinpointing the Diverze investment, Almeida said that since that transaction, tour company Chukka has been focused on expansion, including the installation of a zip line at Dunn’s River Falls, and the expansions of its Good Hope tour in Trelawny, and Ocean Outpost in Sandy Bay.

“We’ve added Starfish Island and Jaguar Pond in Belize and we’re working on deals in Cayman and Barbados,” Almeida said.

Asked about the potential impact from the coronavirus on tourism, and the investments in that sector, Almeida says there are consultations with the authorities to ensure a measured approach.

“We’re being proactive in working with the tourism authorities to ensure that no one that is infected lands, but at the same time you don’t want to turn away anyone for no good reason. We are therefore working with the ministries of health and tourism to ensure that a very prudent and thoughtful approach is taken to the matter,” he said.

For the nine months ending November 2019, Portland JSX made a profit of US$1.186 million, up from US$1.016 million in the previous period.