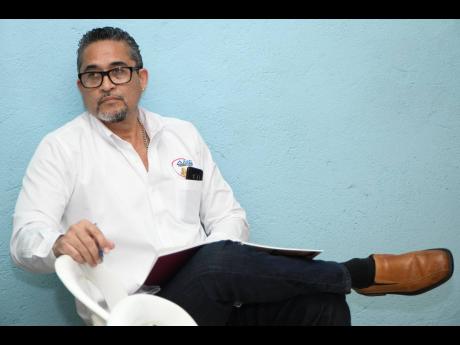 AMG Packaging & Paper Company Limited will be taking on a consultant to assess the feasibility of entering the lunch box market and the expansion of its current line of products to Caribbean markets.

The box maker last year acquired about a quarter-acre property adjoining its current facility at 9 Retirement Crescent and plans to redevelop the site.

But it is now recalibrating how to use the property due to changes in the recycled-paper market from Jamaica’s recent ban on the local manufacture, distribution and use of expanded polystyrene foam products.

“Originally, the new building was intended to make our operations more efficient from the installation of new machines; but because of the changes in the recycled-paper market, we are now reconsidering what we are going to be doing,” AMG General Manager Michael Chin told the Financial Gleaner on the margins of the company’s annual general meeting on Thursday.

“We might have to go into using recycled paper now; but to use recycled paper we need a building. The virgin paper can stay outside and not be affected, but recycled paper has to be stored indoors. So we are now at a crossroads,” he said.

AMG’s expansion project, which was facilitated by $100 million of financing from Proven Wealth, recently got approvals from the Kingston and St Andrew Municipal Corporation, following which the box maker secured a contractor to develop the second plant.

The company is now in the process of clearing the land for construction, but awaits sign-off from its board of directors on the market survey, before advancing the project.

AMG’s directors, who over the past year has been working to recover losses from the exited toilet paper manufacturing business, told shareholders at the meeting that while the company has interest in the lunch box market, its initial step will be to conduct the survey to assess the number of imported lunch boxes entering Jamaica, the materials being used, and the company’s ability to gain new market share, whether locally or within the region.

“That’s where we are now. We got a proposal and it just went to the board. Once the board approves it, then that survey will be started. So I’ll say in about two to three months, we will have something to say about exactly where we are going,” said Chin. “But no matter what happens, we are still expanding,” he said.

The box maker’s guarded approach to entering the paper lunch box or the paper bag market, despite the continued insistence of shareholders that the new segment could boost business, comes after AMG booked losses of $34 million in 2018 from the closure of its failed tissue paper venture. The company blamed excessive imports from Trinidad and the United States, as well as Jamaican consumers being loyal to cheaper tissue brands, as the primary reasons behind its inability to gain market traction.

“We were using virgin paper for our tissue business, but a lot of the substitutes coming from China and elsewhere … were much cheaper and I guess in that part of the market, price matters,” said Chairman of AMG Packaging Peter Chin.

The company previously offered recycled paper products, which Peter Chin said were rejected by the market.

“However, those same people are now buying imported recycled boxes. So what we are doing now is reformulating and we are going back to those same people; but through our expansion, we expect to be extremely competitive on pricing to gain more market share,” the chairman said.