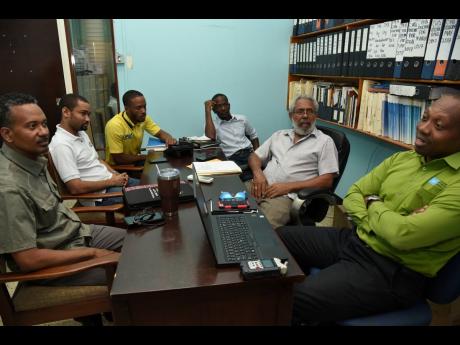 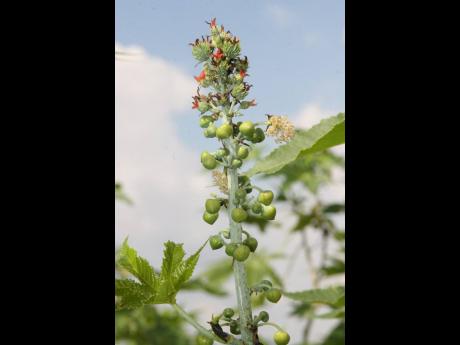 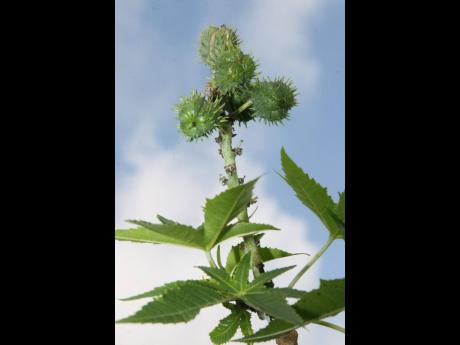 Jamaica’s castor oil sector is barely earning from exports, and is seen as woefully underperforming its potential, but its producers are regrouping.

Now, the four-year-old Castor Industry Association, JCIA, is awaiting final word on a $500-million development package from the Government and land space to improve production of the bean.

At peak, the sector earned just US$208,000 from exports in 2015. In the most recent data available, those earnings collapsed to US$36,000 two years later. Comparatively, the global market is worth about US$100 million, with the United States accounting for US$28 million of that consumption.

However, a Compete Caribbean study released in January 2019, has estimated the economic value of the castor oil market, excluding lubricants and commercial industrial products, at US$187 m­illion, of which Jamaican black castor oil accounted for US$28 million.

In the midst of the downturn, at least one grower of the castor plant and producer of the sought-after Jamaica dark castor oil – used worldwide as a cosmetic or as additive to several cosmetics formulations – has been dislodged from his leased 15-acre farm in Clarendon as the Government lays plans for the much-talked-about multimodal logistics hub at Vernamfield.

Castor Black Gold Jamaica Limited, headed by Courtney Haughton, had secured up to $4 million in grant funding to expand to a 350-acre farm and build a processing plant – plans that are now on hold.

Haughton, the JCIA president, is however brimming with optimism about the promised government-funded half-billion-dollar castor industry development to be executed from another location in Clarendon, the building of a castor oil agro-park, and establishment of a centralised processing plant for members of the association.

There is, however, a fly in the ointment, as the promised 600 acres of government land at Mitchell Town is owned not by the agriculture ministry that is said to have made the offer, but by the SCJ Holdings Limited, which falls under the Ministry of Economic Growth and Job Creation, MEGJC, a unit in the Office of the Prime Minister.

The result is that the land has not yet been transferred to the group, which is nevertheless still beating the drum of the planned development and actively recruiting members to shore up its numbers from the current 40.

“The agriculture minister wanted to give us 1,600 acres, but because they don’t own the land, we had to go through the Petroleum Corporation of Jamaica, PCJ, which is also in the MEGJC, and we ended up with 600 acres. We will be subdividing it into economic acreages. I think an economic acreage would be somewhere in the region of 25 to 30 acres, and then we would sublet that to our members,” Haughton told the Financial Gleaner during a discussion involving several members of the JCIA executive at the offices of the Jamaica Manufacturers and Exporters’ Association, JMEA, which provides administrative support to the group.

The members who spoke with the Financial Gleaner have castor-growing and/or oil-production facilities in Westmoreland, Manchester, Clarendon, St Catherine, St Mary and Portland.

Haughton is also batting for a dedicated low interest rate funding window for JCIA member growers and processors. The association’s members agree, too, that the promised acreage is small. Some members cultivate up to 90-acre farms, with one member, the Jamaica Baptist Union, farming about 1,000 acres. Still, the JCIA is grateful for the promised lands as a start to a revitalisation as the sector.

“I cannot speak too highly of the assistance of Jampro, Ministers (Audley) Shaw and Floyd Green, and the technical team led by Miss Petrona Collie at the ministry, in terms of the assistance and the energy that they put into this project. They have really come up trumps for the association and the industry,” the JCIA head said.

Haughton says the JCIA has already submitted a business plan to the Ministry of Commerce, Agriculture and Fisheries and is awaiting word on the land transfer, project funding and start-up.

“My understanding is that it is slotted into the current Budget, so we should get something out the current Budget to develop a dedicated castor agro-park, which will become a model for the development of the castor industry,” according to Haughton.

It is understood that some of the money will be in the form of grant funding from the Inter-American Development to the Mona Institute of Applied Science, the Caribbean Agricultural Research and Development Institute, and the Scientific Research Council to establish castor seed banks, conduct detailed castor bean research, and establish quality standards for Jamaica black castor oil.

Research conducted by multilateral-funded Compete Caribbean programme shows that the Jamaican product commands a premium price on the world market, a fact that producers of lower-grade oil from elsewhere are said to be quick to exploit. The JCIA is proposing the establishment of a marketing arm as a subsidiary of the association to coordinate promotions and sales in the major global markets.

Castor grower and oil producer Paul Wilson of Westmoreland points out that the official figures measure only the cosmetics market for castor oil and has still not captured the larger market that buys the oil for pharmaceutical and other commercial production, including fuel. He is urging local manufacturers to buy from JCIA members instead of importing the oil.

Noel Terrier, CEO of Temple Foods in Portland and one of the largest castor oil processors, notes that a greater thrust is required to produce more value-added castor-based products including fertilisers and animal feed to increase revenues and profitability.

The local castor industry has over the past 10 years, been assisted by work done by the Petroleum Corporation of Jamaica on refining biodiesel fuel from castor beans. At the height of that operation, the government company farmed 16 acres at the Bodles research station in St Catherine and at Knockpatrick in Manchester. It continues to provide technical support to farmers to increase castor bean and oil yields.

“There is a lot of information that we have that we share with the association and other interests within the industry,” said Niconor Reece a vice-president for JCIA and project engineer for biofuels at PCJ.

“We have done planting of the castor, looking at the different varieties that grow well in Jamaica, harvesting, processing, converting the castor oil to fuel, vehicular trials. At this stage, we are looking to see how we can expand production. We want it to happen locally. We could have imported the oil or imported a finished biodiesel product just as we do with ethanol. But we want to develop a local industry,” Reece said.

While the PCJ was said to be making progress towards commercialisation of the castor-based alternative fuel, the future of the project is uncertain as the agency is to be wound up by the Government by March 31 this year.

“I guess, coming out of whatever assessment is supposed to be done in terms of the projects going forward, a decision will be made,” Reece said.

UPDATE: This story has been updated to correct Niconor Reece's title and position, the name of the sugar agency and date of PCJ's wind up.