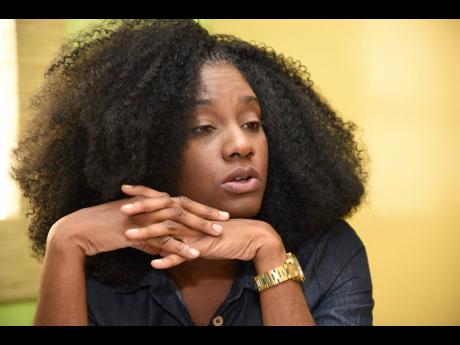 For some time, Janet Rankine-Henry, a dietitian, had talked about starting a business to provide personalised nutrition coaching and customised meals for people’s particular nutritional needs.

In 2005, her three sisters and a friend challenged her to put her talk into action. It meant taking out their credit cards to buy equipment and supplies – representing a portion of the seed funding to kick-start the sole proprietorship, Complete Nutrition Diet Centre, which transitioned to CNC Wellness Limited in May last year.

The first clients were members of the family. Now, the business has scores of clients who pay for diet- and nutrition-consulting services, and purchase meals for one or a combination of breakfast, lunch and dinner.

CNC Wellness does more than 250 different meals, shakes and hot-beverage brews for its signed-up clients, much of it delivered to customers at home or work. In addition, there is an expanding consultancy office and meal preparation centre in Portmore, St Catherine, with plans for the opening of a distribution store, deli, nutrition consulting centre and doctor’s office at Ballater Avenue in Kingston in March. The store will sell the existing five lines of Rankine-Henry’s Metabalance 360-branded prepared meals, which are now in some 20 supermarkets across the country.

The meals are typically prepared without oil, butter, sugar and with natural seasoning. With no preservatives added, the food is packaged with vacuum seal technology which provides an extended shelf life – said to have been tested at Bureau of Standards Jamaica to be 18 months. Meals sell for an average of $600 to $700.

“We went to the supermarkets with barbecue chicken, curried chicken, chicken stew peas, and fish in coconut sauce,” says Rankine-Henry.

The meals were added to the nutrition coaching business in 2016.

“There was always, for me, a plan to help individuals eat properly. I always wanted to be the Jenny Craig of Jamaica,” the CNC Wellness CEO told the Financial Gleaner in an interview. Jenny Craig is the American weight-loss, weight-management and nutrition outfit which says it has some 600 company-owned and franchised centres in the United States, Canada, Australia, New Zealand and Puerto Rico, with approximately 2,500 consultants around the world.

After graduating university, Rankine-Henry worked with doctors in St James and Kingston to provide nutrition help to patients. A part-time private consulting practice that began in 2005 in Portmore and in Kingston, is now a growing full-time business with five permanent and two temporary staff. The dietitian and her husband, Dwight Henry, are the principals.

Growing the business through greater local market penetration is proving difficult in some respects. The businesswoman points out that even after risk insurance and other standards have been put in place, it is difficult to get into some large supermarket chains.

With the initial credit card loans, investment from savings and sale of Rankine-Henry’s personal motor vehicle, and reinvestment, plus some grant funding and angel investment along the way, the estimated total investment in the business could amount to some $30 million.

Much of the capital was used to buy equipment and to build out the kitchen, which is based at the Truth Tabernacle Pentecostal Church property in Portmore. Some of the angel investment money was utilised to procure equipment for the Kingston location.

The entrepreneur is now on the hunt for more capital to renovate the leased Kingston property and expand the distribution of packaged meals in about 10 more supermarkets beyond the current Portmore, Kingston, Mandeville, Montego Bay and Ocho Rios locations. Research and development work is also continuing to add more products to the range.

Rankine-Henry says it will take about $30 million to ensure a healthy cash flow and finance the Jamaica-wide expansion. Another $100 million is required to fulfil the export plans that are on the drawing board to get the products into the United States and the Caribbean region. A small-business finance company has approved the firm for some of the needed funding, but the amount was not disclosed.

The business model being contemplated by CNC involves a contract manufacturer to make the products in the overseas markets to the Jamaican company’s standards, specifications and with its branding.

“We can’t ship meats from Jamaica, so we have to use the local produce like the ground provisions and use their meats and cook it in the Jamaican style, so it would be a majority Jamaican product,” said Rankine-Henry.

She will travel mid-year to some of the target markets to assess how the products are accepted.