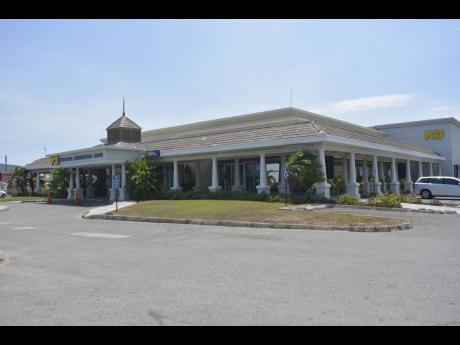 File
A branch of National Commercial Bank. The bank has partnered with Amber Group to launch a new mobile wallet called Amber Pay.

It will be NCBJ’s second mobile payment system; the other being Quisk, which has been on the market for two years and is offered in partnership with another tech company, Advanced Integrated Systems, AIS.

Product and Portfolio Manager at NCB, Kirk Prendergast, says Amber Pay was initially due for roll-out in mid-March.

But: “As with all technology, there are hiccups, and with March being so close we felt it better to delay and provide even more details about the capabilities,” Prendergast told the Financial Gleaner.

Amber Group Managing Director Michael McNaughton says the company has a commercial agreement with the bank, whereby Amber developed and provided the technology while NCB will deploy the service.

“This is just the first phase of Amber Pay,” he said, but did not indicate what the next element would entail.

Jamaicans have been slow in their take-up of mobile wallet products.

Amber Pay is being built with an added layer of security so that subscribers to the app can store their credit and credit card information on the mobile wallet.

“We’re working with Amber in bringing out something that will change how transactions are done, especially credit card transactions, to increase security, utilisation and generally making it easy for both merchants and consumers,” Prendergast said.

Transaction times and the risk of fraud or card theft will be reduced, he said.

Amber Group CEO Dushyant Savadia said the app has been in development for just over a year. Its features include a rewards platform, which allows users to earn points from every transaction; geo-mapping with real-time merchant locator; and business intelligence.

“In addition there will be offers and rewards, with real time spend analytics, in-app digital receipts and budgeting tools and detailed transaction history,” Savadia said.

McNaughton, who joined Amber Group a year ago, in January 2019, says one of the differentiated features of the app is the business intelligence capabilities.

“What we’ve been able to do through Amber Pay, is to provide SMEs with the same tools as big businesses,” McNaughton added. “These businesses will have this information available to them through this solution,” he said.

The app is being developed by subsidiary Amber Innovations Limited, which is based in India, and has over 140 software engineers on its payroll.

Asked about the investment being made, McNaughton said on Friday that collating the information would take time due to the time difference.

“What I can say is that it has taken up a lot of our in-house development resources in India for over one year now,” he said.

As for NCB’s partnership with AIS, Prendergast says that will continue, but he also telegraphed that changes were coming.

Douglas Halsall, the CEO and principal owner of Advanced Integrated Systems, did not return calls for comment. The AIS Project Manager for Quisk Raj Betha referred queries back to Halsall.