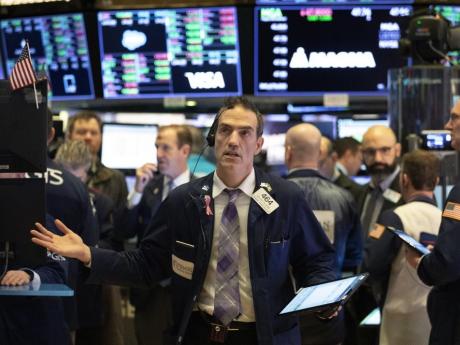 Global stock markets plunged further Friday on spreading fears over the impact of the new coronavirus, with some indexes set to close out their worst week since the depths of the financial crisis in 2008.

Germany’s DAX skidded as much as 5% before stabilising, Tokyo and Shanghai closed 3.7% lower.

Wall Street looked set for more losses a day after enduring its biggest one-day drop in nine years. Futures for the Dow Jones Industrial Average and S&P 500 were down 0.4%.

Investors had been growing confident the disease that emerged in China in December might be under control.

But outbreaks in Italy, South Korea, Japan and Iran have fuelled fears the virus is turning into a global threat that might derail trade and industry.

Anxiety intensified Thursday when the United States reported its first virus case in someone who hadn’t travelled abroad or been in contact with anyone who had.

Virus fears “have become full-blown across the globe as cases outside China climb,” Chang Wei Liang and Eugene Leow of DBS said in a report.

Markets in China and Hong Kong had been doing relatively well despite virus fears. Mainland markets were flooded with credit by authorities to shore up prices after trading resumed following an extended Lunar New Year holiday. Chinese investor sentiment also has been buoyed by promises of lower interest rates, tax breaks and other aid to help revive manufacturing and other industries.

They say travel bans and other anti-disease measures are hurting sales in China, an increasingly vital consumer market.

The index is down 12% from its all-time high a week ago, putting the market into what traders call a correction.