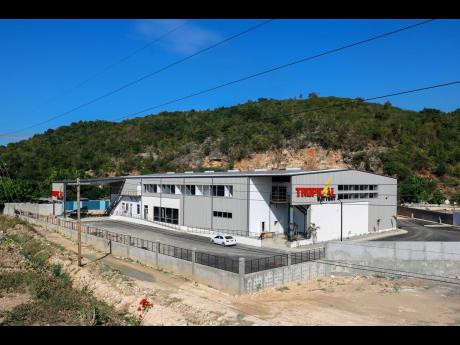 Tropical Battery hopes to open the doors to its new home in Ferry, Kingston during the first two weeks of March, after about a year constructing the facility at cost of $60 million.

Its also a step closer to approaching the market for equity capital.

The battery distributor initially announced plans to move into the new facility last October, but faced minor delays, and now awaits the supply of electricity from the Jamaica Public Service Company to open its doors to customers.

“We would like to move the first part of March. There is no special story why we are moving so late; it just that these things happen. Something things get imported on time and others don’t,” vice-president for sales and marketing, Daniel Melville, told the Financial Gleaner.

Tropical Battery’s relocation to the 25,000 square feet location in Ferry, Kingston will see the company folding its administrative and warehousing operations at 14 Ashenheim Road into the new complex. The 14 Ashenheim Road property will be placed on the market for rent.

“We believe the real estate in that location will do well overtime,” Melville said.

However, the company will continue to operate a second property at Ashenheim Road, which is used as a retail outlet and warehousing space.

The new complex at Ferry will become the battery distributors’ head office and sixth retail outlet. The other retail points are located at 15 Ashenheim Road, and Grove Road in Kingston; 6 Villa Road in Mandeville, Manchester; Catherine Hall Trade Centre, Montego Bay; and Coconut Grove, Ocho Rios. The Melville family controlled company has a network of over 1,000 dealers and distributors across Jamaica.

After the move to Ferry, the battery distributor, which is known for its auto batteries, will be looking to raise funds from the market company through an initial public offering, or IPO.

Tropical Battery, which employs the audit service of KPMG, says the final draft of the audited financials for 2019 is ready, and that the company now awaits a valuation on its business. It expects to list on the stock market in 45 to 90 days thereafter.

“As soon as the financials are signed off on and we get a valuation we can give all the information on that,” Melville said.

As part of plans to double growth for the 70-year-old company over the next 10 years, Tropical Battery last year added company-branded alkaline batteries to its portfolio of products. The new products, for which the manufacturing is outsourced, were rolled out in AAA, AA, B, C, D, and 9V sizes.

The Melvilles also plan to expand the company’s line of oils and lubricants. Tropical Battery recently added more options to the lubricants market with its brands of API-certified oils, which specially formulated for Jamaican roads and climate.