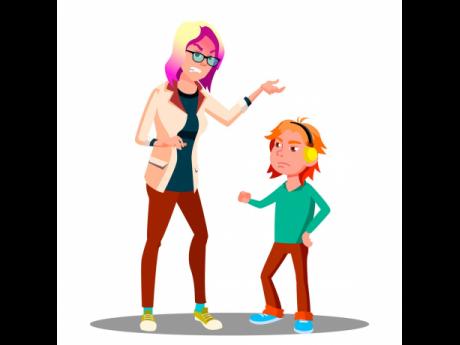 QUESTION: I read with some anger and annoyance the article you wrote about Letay Williams called, ‘Look within for career direction’. You seem to suggest that we as parents don’t know how to raise our children. You also would like us to think that we give bad advice to our children. You are right when you point out that it is we who foot the burden of their tertiary education and that that should give us some rights to tell them what not to study. I have a son who is only concerned about being a reggae singer and seems to care little for his school work.

CAREERS: Thank you for taking the time to write and express your anger at the story. I have readers who strongly hold to a diametrically opposite perspective, however.

As the mother of a young man, you are rightly concerned about his attention to his studies and the trajectory of his life. As a parent, that is your duty, and, I’m sure, your son is very appreciative of you even if he seems not to care.

I suspect that many parents feel as you do. They think that parents own their children and it’s okay to tell them what to do. They also happen to think that their children don’t know enough about life and should just take their advice because they know best. To underpin all of this, they feel as you do that since they are paying the money, the son or daughter had better comply with their wishes.

However, no one is suggesting that you or any other parent don’t know how to raise your children. To raise a child from birth until they are 19 or 20 years old is no small feat. Parents must be commended for their countless sacrifices and for their guidance throughout those years. Nothing that is said should be misconstrued to mean you don’t know how to raise your children and that you give bad advice to your sons and daughters.

However, as they grow and mature, it only makes sense to give them more responsibility over their own lives and affairs. Sure, they will make some mistakes, but likely, so did you. It is only natural that any attempt to tell them what to do, who to talk to, and to micromanage the affairs of their lives will be met with resistance.

Lebanese-American poet Kahlil Gibran in The Prophet speaks to us about children: “Your children are not your children. They are the sons and daughters of life’s longing for itself. They come through you but not from you, and though they are with you, yet they belong not to you.”

When you give your children space to choose what they like – with some guidance, of course – they will make some mistakes. But ultimately, they will make the choice that is best for them. We must grow to trust our children. Just like how we figured out the puzzle of life, they can do it, too.

With regard to your son, may I ask you to consider Koffee and her mom, Jo-Anne Williams. Many may have written her off and say that she was engaging in daydreaming, but her Grammy award is evidence that her pipedream is now reality.

Glenford Smith is president of CareerBiz Coach and author of From Problems to Power and Profile of Excellence.careerbizcoach@gmail.com