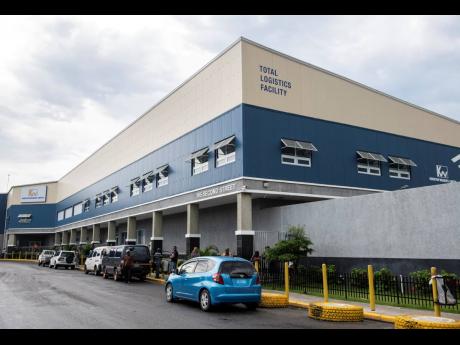 Port company Kingston Wharves Limited is reporting record movements of motor vehicle cargo, a sign that the investment made in capacity through its Global Auto Logistics Centre at Marcus Garvey Drive is paying off.

For the first time, KWL recorded profit above $2 billion for its financial year ending December 2019.

The centre not only gave the company the capacity to handle increased cargo volumes, but allowed for expansion of its customised logistics services, said CEO Mark Williams, who was promoted to head the company on January 6.

KWL now trans-ships motor vehicles to more than 25 countries, and as far away as Australia, Williams said. The company grew trans-shipment volume by 27 per cent, he added.

The company said the gains made from motor moves – which refers to the physical on-loading and offloading of motor vehicles – as well as bulk and break bulk cargo, were partially offset by a small fall-off in container moves that was due to fewer ship calls by container carriers.

Williams was chief operating officer for KWL for eight years before replacing his boss Grantley Stephenson as CEO.

On his way to retirement, Stephenson, who has been appointed deputy chairman, delivered record yearly earnings for the company in 2019. Kingston Wharves carved earnings of $2.6 billion, a record for KWL, from revenue of $7.9 billion. In 2018, revenue amounted to $7.3 billion from which the company earned a profit of $1.95 billion.

The majority of KWL’s revenue, $6.36 billion, was earned from its terminal operations. The unit increased operational profit by 29 per cent to $2.43 billion.

Logistics services accounted for $2.23 billion of revenue, and contributed operating profit of $670 million.

Kingston Wharves currently operates over 340,000 square feet of warehouse space and services a wide range of commercial and industrial customers, as well as personal effects shipments.

KWL Chairman Jeffrey Hall said in a statement issued with the company’s yearly results that the expansion of its warehousing operations has boosted the company’s capacity to deliver full-suite logistics services including inventory management, order picking and packing, order fulfilment, product assembling and labelling, scanning as well as warehousing and returns.

He adds that KWL’s diversified portfolio of terminal operations and logistics services has operated as a buffer against the slowdown in global shipping in 2019, which has negatively impacted the profitability of ports and shipping industries.

He also indicated that KWL plans to reinvest in its operations and is also looking to acquisitions for growth this fiscal year.

“In keeping with our strategic focus and core business model, in 2020 we will continue to develop and modernise our port infrastructure through the rehabilitation of berthing facilities, capital investment in cargo-handling equipment and information systems that improve the efficiency and resilience of our operation,” the chairman said.

“We will also continue our programme of acquisition and development of modern warehousing and distribution centres that support local and regional industry engaged in imports and exports of goods,” he added.