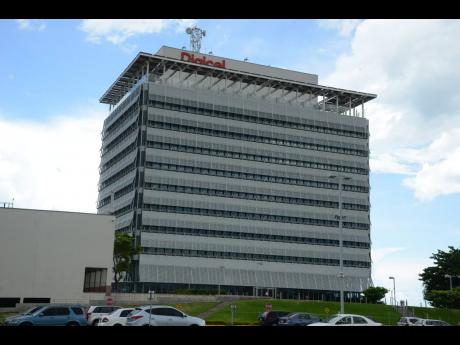 File
Digicel Group regional headquarters on the waterfront in Kingston.

TELECOMMUNICATIONS COMPANY Digicel Group announced a halt to interest payments to bondholders for 30 days, which led the rating agency Fitch to downgrade its bonds to ‘C’.

Digicel defended its move as an allowed measure, saying the delay comes within the context of ongoing negotiations with certain bondholders.

Digicel Group, a company founded by Irish billionaire and investor Denis O’Brien, operates telecoms and entertainment services in 30 markets in the Caribbean, Central America and Asia Pacific. After 18 years of operation, its total investment to date stands at over US$6 billion worldwide, according to the company.

Digicel launched its operations in Jamaica, then later spread to other parts of the Caribbean and, eventually, beyond the region. Its build-out across the 30 markets have been financed by debt.

“Digicel has publicly announced over recent days that arising from ongoing constructive and consensual discussions with some of its largest debtholders, certain Digicel subsidiaries are electing to take advantage of the 30-day grace period permitted under the relevant indentures,” said Digicel Group’s head of public relations, Antonia Graham, in a general response to specific Financial Gleaner queries on the delayed interest payments.

She added that Digicel continues to engage in “constructive discussions” with certain debtholders regarding potential transactions involving an exchanges of existing debt, all aimed at reducing Digicel’s leverage, extending its debt maturities, and continuing the monetisation of its network.

Fitch did not label the missed payments as a default on the debt, saying instead that its ‘C’ rating indicates a default-like process in which the issuer, Digicel, has entered into a grace or cure period following non-payment of a material financial obligation.

Digicel’s ratings are generally negatively affected by its operating environment in the Caribbean and South Pacific, Fitch Ratings said, but noted that its latest decision did not factor a country ceiling. It downgraded the issuer default ratings for Digicel Group Limited (DGL3), Digicel Group Two Limited (DGL2) and Digicel Group One (DGL1) Limited to ‘C’ from ‘CC’, ‘CC’, and ‘CCC’, respectively, in the wake of the suspended debt payments.

Last November, the rating agency had said it expected Digicel to require refinancing in order to sustain its debt payments over time. Added to that, US$1.3 billion of those notes are due to mature in April 2021.

Part of the concern about Digicel’s ability to meet its debt obligations relates to the telecoms’ earnings from operations, or EBITDA. Digicel has been pursuing strategies to reduce its debt ratios, by at least a percentage point to 6.6 per cent of EBITDA, in the short term. Fitch, however, indicates that the ratio moved in the opposite direction, increasing to 7.5 times EBITDA at June 2019.