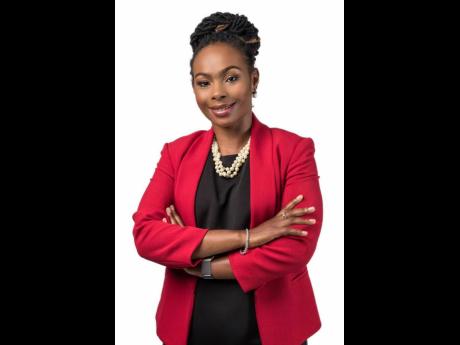 AFTER 15 YEARS moving up the insurance ladder within the GraceKennedy Group, Tamara Glaves-Hucey has been given her company to run.

Her appointment as general manager of Key Insurance Company Limited, a new acquisition for the conglomerate, was announced via the stock market this week as the replacement for former Managing Director Sandra Masterton, who demitted office on March 24.

Masterton was one of the principal shareholders who sold their holdings to GraceKennedy, a deal that was driven by Key’s necessity for fresh capital to turn around its losses.

In addition to Glaves-Hucey’s appointment, a new board of directors has been installed, with Don Wehby, the group CEO of GraceKennedy Limited, as chairman.

The new directors will join former Chairman Natalia Gobin-Gunter and Masterton, who both retain their board seats. Directors who exited the board during the ownership transition are Neville Henry, Marc Ramsay and Kala Abrahams, who resigned their posts in the final week of March. Theirs were preceded by the resignations of Michael Fraser, Dennis Brown and Kisha Anderson.

Key Insurance is now the fourth insurance business in GraceKennedy’s portfolio, the others being GK General Insurance, Allied Insurance Brokers, and start-up life and health insurer Canopy Insurance, which was formed in partnership with the Musson Group.

Glaves-Hucey takes up her new post after seven years as assistant general manager for GK General, where she oversaw the personal lines, claims and legal units.

Since its stock market listing in 2016, Key Insurance has only produced profit in 2017 – some $42.6 million. Its latest financial results to September 2019 showed losses of $72.93 million over nine months.

Wehby has said he is confident that GK can turn around the business, guided by a two-year strategic plan that is to be considered and approved by Key’s new board next week. GK is also considering migrating the listing for Key from the junior market to the main market of the Jamaica Stock Exchange.