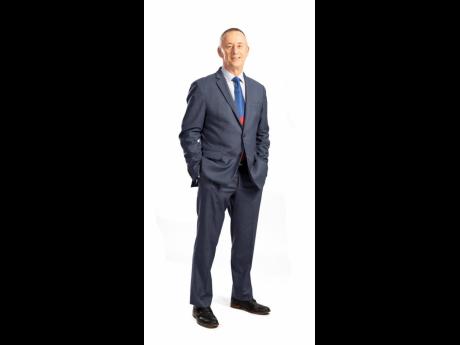 PANJAM INVESTMENT Limited made a profit of more than $8 billion last year, a new record for the conglomerate whose diversified holdings include real estate, insurance, hospitality and other assets.

“Last year, we had a happy confluence of events in that Sagicor performed well, so too did property. The local stock market was booming and we managed to contain our expenses; so we were firing on all cylinders,” said PanJam Chief Operating Officer Paul Hanworth.

The conglomerate owns more than 30 per cent of Sagicor Group Jamaica, the top insurance company, which itself produced record profit of $15.65 billion in 2019.

Referring to the gains on equities: “Although they were unrealised, they’re recognised in the P&L. We, therefore, had more money invested and great returns,” Hanworth said.

The stock market has since taken a downturn, which has been exacerbated by the coronavirus crisis.

“Obviously, we’re not allowed to give forward-looking statements, but certainly, unless things turn around dramatically in a week, which I don’t see happening, we’re not going to be able to replicate that investment return in the first quarter,” Hanworth said.

“We are long-term investors, so to a great extent quarterly results are somewhat meaningless. Our longer-term horizon guides us to invest in companies that are solid, well managed, and have good prospects,” he said.

Jamaican stocks are in bear market territory, and are currently down 26 per cent from their January 2 peak. The JSE Combined Index has regained some ground in the past week, closing at 373,193 points as of Wednesday, but is still well off the 508,130 points recorded at the start of the calendar year.

As to PanJam’s ongoing hotel projects, the conglomerate is working towards a year-end opening of the ROK Hotel on the Kingston waterfront, mindful that the measures to address the coronavirus could derail the timetable. PanJam is transforming the 12-storey Oceana Hotel into a mix of 168 hotel rooms and 42 apartment suites at a cost, says Hanworth, of just under US$40 million, or J$5.4 billion at the present rate of exchange.

“We have a franchise agreement signed with Hilton; we also have a management agreement signed with a third-party manager. We’ve cleared all the approvals with the Kingston project, so we are moving ahead as we had planned and we hope we can open by the end of the year,” said the PanJam executive.

“Whether this current COVID-19 slowdown continues, we’ll have to keep that in mind and possibly adjust, but we’re pressing ahead,” he said.

The hotel under consideration for Montego Bay is still in the conceptual phase, so while it’s early days for that project, the concepts under review indicate it “will be one exciting project,” Hanworth said.