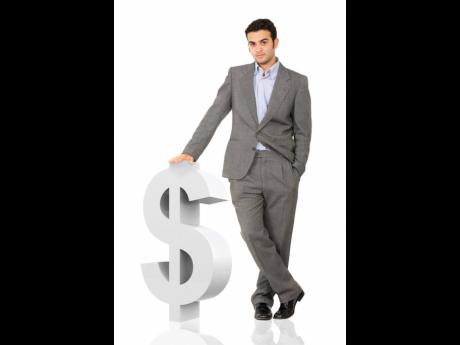 If you own a company, should you encourage your children to one day take an ownership position? Or should they pursue a more lucrative career overseas? We Jamaicans need to challenge our habit of exporting the next generation.

There are few things that give a Jamaican parent more pride than the apparent success of their child in a foreign country. He may be miserable, divorced and barely making ends meet in a cold corner of the South Bronx, but these dull facts are disregarded in the telling of the tale.

His parents could even own a profitable business in a small town, the sole supplier of an essential good or service. Their life may be comfortable. They live well below their means as they navigate a world they understand. When the son complains about his life, they tell him to stay put – things are far worse back home.

I lived both sides of the equation: 21 years in the United States, returning 15 years ago. I met scores of overseas Jamaicans trapped in jobs or neighbourhoods they hated. They longed to return to what they knew, but couldn’t. Few re-migrate from Canada, the UK or America even after the environment becomes hostile.

In the meantime, their parents did no succession planning for the family business. Eventually, these founders pass away, forcing their children to come back to pick up the pieces.

There are countless versions of the above scenario. It’s a sad accumulation of small, seemingly disconnected decisions that result in a huge loss of inter-generational wealth. Here are three new thoughts that might help.

Don’t under-estimate what you have here in Jamaica. In error, we Jamaicans often think we are ‘special’ – facing problems that no one in the rest of the world has.

For example, someone who struggled to start their own business believes that if they had only been born in the US, they would have had an easier path to success. As such, they encourage their children to migrate to a life with fewer obstacles.

Unfortunately, they don’t realise the advantage they already have. Their company has figured out how to succeed and is now a big and growing fish in a small pond. This advantage is hard to comprehend when viewed from home, but the global research is clear: most wealthy families pass on material advantages from one generation to the next.

I know too many Jamaican families who ignore this fact, encouraging the next generation to abandon the massive lead their forefathers created. Sometimes it’s due to shame – a belief that what is Jamaican (or Black) cannot be good.

Fortunately, this opinion is changing but there are local families destroying value by reflexively pushing their children to study and live overseas, no matter what.

Second, don’t over-estimate the challenge of starting over.

I have spoken to a few Jamaicans before they migrate, and the overwhelming impression I have is that they equate a move to another country with one to a place like Montego Bay. In other words, they naively believe it won’t be that hard to transition.

Part of the problem is the falsehoods returning Jamaicans tell. With newly acquired accents, clothes and pictures of cars, they defend their decision to migrate by exaggerating life in their new country. I did it too.

The false impression it leaves is that migrating from Jamaica is an accomplishment. In fact, it’s more a case of ‘swapping brown dog for monkey’. To whit: most of us know several dogs, but have never seen a single monkey.

The truth? When I lived in the US, most Jamaicans I met wished they could return – a majority that Trump and COVID-19 have probably served to increase.

Why? While there are exceptions to the rule, most migrants who left family businesses behind struggle to achieve the quality of life their parents had back home.

Living abroad is hard. And it’s new. Research shows that the combination delays business success and in the case of a family-owned enterprise, permanently disrupts the transfer of wealth.

Ad third, if there is any truth to the two mistakes described above, the best time to start correcting them is as soon as you, a company owner, have children.

While they shouldn’t be promised an easy ride, it’s a good idea to teach them to love and cherish the business they could inherit.

One day, their appreciation may pay off if they choose to stay home to keep the chain alive. While you must not force them, their decision to continue what you began can do more than make you proud. It can build a solid foundation that serves generations to come.