Oran Hall | Looking to invest two years at a time 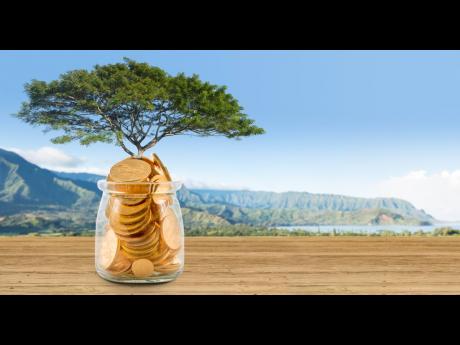 QUESTION: I would like to know the best instrument to invest $200,000 in for two years at a time in Jamaica and its likely yield. – Ainsworth

The advantage in investing in bonds with a fixed rate of interest is that the investor continues to get the same rate even when the interest rates decline subsequent to the issue of such bonds. Although they mature at face value, that is, 100 per cent of the amount stated on the bond, the price will fluctuate if interest rates fluctuate between when they are issued and when they mature.

I am not sure of the significance of investing for two years at a time. Doing so can be beneficial to you if interest rates are increasing as you would get a higher rate when the bonds mature and you re-invest the principal. Of course, it would be to your disadvantage in an environment in which interest rates are falling.

Perhaps you have commitments to settle every two years? If the interest is what you need to do so, it would still be available even if you invest for a longer term.

The Government of Jamaica has generally been a very significant issuer of debt securities – short, medium, and long term – mainly to finance its budgetary requirements. It has, however, scaled back its borrowings seriously and has not been coming to the market regularly especially for the longer term issues.

One instrument it uses to raise funds is the Benchmark Investment Note. It also re-issues some of these notes when it wants to raise additional funds. It re-opened the 5.5% Fixed Rate Benchmark Note March 21, 2023 on August 28, 2018 and July 16, 2019. Both tenders were by competitive bidding, meaning that bidders would set their own rate, which would determine the yield to maturity. In the event of over subscription, bidders submitting tenders to derive the more ambitious yields would get only a portion or none of the instruments.

In the July 2019 tender, the average yield was 4.33 per cent, but the highest yield on successful bids that got their full subscription was 4.95 per cent, and the lowest submitted rate was 3.3 per cent. The lowest amount that bidders can submit is $1,000. Given that there is no tender now open for these instruments, you would have to go to the secondary market, that is, buy from a current holder of the instrument, the amount you want. The yield would not necessarily fall in the range of those above but would be determined by yields in the market when you are buying the bonds.

If you are keen on investing in Government of Jamaica debt instruments but are not able to source longer-dated ‘paper’, you may have to buy shorter term instruments and keep rolling them over, that is, keep reinvesting the principal and the interest as well if you so desire. Treasury bills, for example, are issued for 30 days at the shorter end and for about 270 days at the longer end, although they may be issued for 360 days. The average yield on the 30-day and 182-day issues of the March 11, 2020 tender were 1.85 per cent and 1.8 per cent respectively.

Corporate paper is another option. These are more risky than government ‘paper’, but they are generally of good quality because it is generally the soundest companies that are able to successfully bring these instruments to the market. Their term generally ranges from 12 months to 18 months and the rate hovers around 3 per cent. Problem is these are for big investors as the minimum sum accepted for investment in $10 million.

It seems that you are interested in income and safety of principal. While bonds do meet those investment objectives, those denominated in Jamaican dollars do not offer exchange rate protection. This can be derived from bonds denominated in foreign currency, and can be sourced through securities dealers.