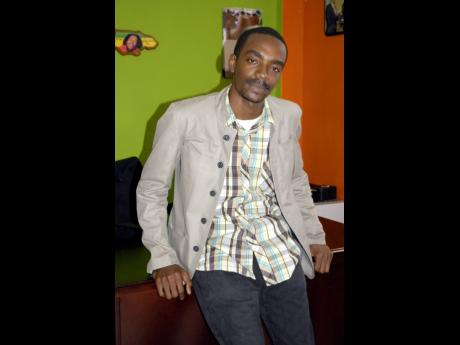 Kevin Frith, the man who founded Bar Central in 2013, is going into a new line of business.

He continues to hold a one-quarter stake in Bar Central, a marketing and distribution company for liquor and drinks, but has ceased being its CEO since the end of February.

His departure, announced by SSL Venture Capital, the outfit to which he sold majority control in 2017, was unexpected and comes months after the marketing company secured a two-year renewable contract with large conglomerate GraceKennedy for distribution of Tropical Rhythms, Grace Vienna Sausages, Lucozade, and 876 Water to small operators.

The contract, valued at $150 million, was partly deemed to be the push-start Bar Central needed to drive the distribution company’s expansion outside of the six parishes it already serviced through an exclusive distribution deal with leading rum maker J. Wray & Nephew Limited. Frith was expected to lead the charge, but plans have since changed for the entrepreneur.

“I’ve decided to walk away to pursue a construction business. I’ve spent many years building the company, so I think it’s time for someone else to carry the business further,” Frith told the Financial Gleaner.

“The nightlife is no longer for me, and as I get older, my focus has changed,” he said.

SSL Ventures announced Wednesday that Frith would be replaced by a two-man management team, Nicholas McDavid and Nigel Bair. The duo is expected to create a post-pandemic strategy for the company, which continues to suffer year-over-year losses.

Frith resigned on February 28 but says he remains a director.

“I’m still a part of the board, but I don’t want to deal with the day-to-day activities,” he said.

The management change at Bar Central comes amidst a series of changes at SSL Ventures, and even at the level of its parent company, SSL Growth Equity Limited, which, over the past months, has been streamlining the business to better function as a private-equity operation.

“SSLVC is laser-focused on bringing real value to our shareholders in all facets of our operations. That means truly honing in on what matters on the pathway to profits. As we finalise the restructuring of our business lines, ensuring the profitability of our venture capital entities and delivering value to our shareholders is priority number one,” Zachary Harding, CEO of SSL Group, said in a statement released by the company on the new Bar Central hires.

For the six months ending December 2019, SSL Ventures incurred losses totalling $76.3 million, a deterioration of the $61.4 million of losses recorded for the period ending December 2018. The losses were attributable to a decline in sales at Bar Central, which contributed approximately 70 per cent of revenues for the 2018-19 period.

The coronavirus is expected to increase ­pressure on the company.

“With the arrival of COVID-19, there is a tough road ahead, and we feel it is more important than ever to take proactive measures that ensure smaller businesses make it through to the other side,” said SSL Ventures CEO Anthony Dunn in the statement.

“With this new management team, we expect Bar Central to survive the social drought and thrive when we come out on the other side,” he said.