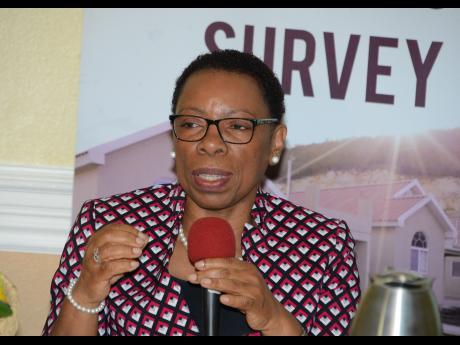 Data on Jamaica’s labour force for April will not be available due to the cancellation of collection activities by the Statistical Institute of Jamaica (STATIN) in light of COVID-19.

Data collection exercises on ascertaining the number of employed and unemployed Jamaicans, including the sectors to which they belonged, was scheduled to run for six weeks commencing April 1.

STATIN has since decided to cancel the survey in an effort to minimise the risks of its data collection staff and the households with which they interact.

The agency has also announced the postponement of data collection exercises for the 2020 Jamaica Survey of Living Conditions, which was scheduled for June.

“The operations of STATIN, like other organisations, has been impacted by the spread of COVID-19 and the measures adopted to contain its spread. The main impact has been on our ability to conduct primary data collection activities, specifically as it relates to the conduct of the institution’s regular household surveys,” said STATIN Director General Carol Coy during a quarterly press briefing earlier today.

Coy noted that the institute is, however, exploring the possibility of adding a COVID-19 model for labour force in July and is looking at all options to have the successful execution of the living conditions survey in 2020.

“STATIN is working to see if we can find other information to give an indicator as to what is happening in the labour market. One of the drawback is that it will be focusing mainly on the formal sector of the economy.

“For the informal sector, it’s going to be difficult to get data out of administrative sources on this because a significant portion of them is outside of the Government database. But we are trying within this research to see how we can provide Jamaicans with an idea of what is happening on the employment side,” Coy said.

As it relates to data on Jamaica’s GDP performance for the January to March quarter, plans are still in place by STATIN to have the data released between end-June or the first week of July.