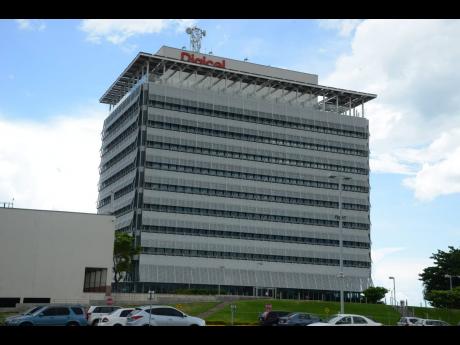 Digicel Group chairman Denis O’Brien has put up the telecoms regional headquarters on the Kingston waterfront as collateral under a debt deal with bondholders.

The Digicel founder committed to putting up US$50 million – half in cash and the rest in the building – to sweeten the deal under which the telecoms is seeking to refinance its debt, the company’s spokeswoman confirmed. Digicel wants to shave as much as US$1.7 billion off the US$7 billion it owes bondholders by swapping out a series of bonds.

The offer to bondholders will close on April 28, but already, the offer has got substantial take-up, enough to pronounce it successful. One of the four bonds, for example, had already got 98 per cent acceptance at midweek.

However, some Jamaican holders of the bonds are among those still to make a decision.

Local broker NCB Capital Markets advised its clients to consider taking up the offer and then selling the replacement bonds thereafter, saying that Digicel would still be highly leveraged even after the debt swap and may find it challenging to meet future payments.

An NCB Capital spokesperson also told the Financial Gleaner that the brokerage has been givng similar advice to its clients since 2017.

One Jamaican bondholder told the Financial Gleaner that she has tried to sell her Digicel bonds in the past but faced challenges when trying to exit the investment. She is among those still weighing whether to accept the current offer.

The new debt deal aims to cut Digicel’s borrowings by US$1.7 billion to US$5.3 billion but could fall short.

The offer, however, comes a year after another round of refinancing that NCB Capital described as “complicated”. That refinancing transaction swapped nearly US$2 billion of debt maturing in 2020 for new notes due in 2022.

“All of the offers involve a principal haircut to varying degrees,” said NCB Capital. “Most of the Digicel bonds are trading at deeply distressed levels. In a sign of how tight its cash flows have become, the company skipped interest payments due March 30 on some of the notes included in the exchange, and some of the interest on the new notes will be paid in the form of more notes rather than in cash,” the brokerage said.

The Digicel headquarters, an 11-storey building overlooking the Kingston coastline, was developed over two years and became operational in early 2013. The investment disclosed at the launch of construction in 2010 was US$65 million, or almost three times the US$25 million the value it represents in the telecom’s current debt deal with bondholders.