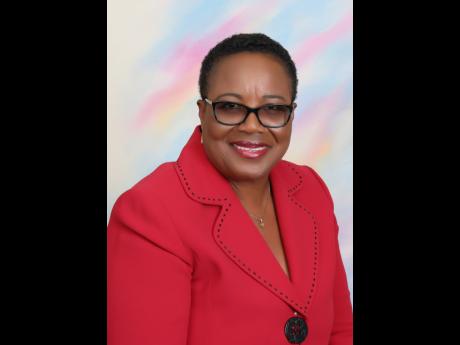 GENERAL ACCIDENT Insurance Company is about to enter a third regional market, for which it secured a licence this month, but the Musson-controlled outfit is keeping watch on the COVID-19 pandemic to determine when to launch operations.

Six months ago, General Accident entered the Trinidad & Tobago market through the acquisition of a 55 per cent stake in Trinidadian company Motor One Insurance.

Its next move will be in Barbados where it has a permit in hand from the insurance regulator there, the Financial Services Commission, to operate as a registered Class 2 insurer in that market. It’s a country with historic ties to the Musson Group which is domiciled in Jamaica, but whose early beginnings was in Barbados, where it was founded in 1820 as SP Musson and Son. General Accident is itself a three-decade-old company formed through a joint venture in 1981.

The investment around the Barbados start-up operation was not disclosed, but the subsidiary company, called General Accident Barbados, is 80 per cent owned by General Accident Insurance Company Jamaica Limited and 20 per cent owned by Barbadian consortium BCDL Holdings Limited, whose shareholders include current and former executives of Williams Industries and Williams Caribbean Capital.

Managing Director of General Accident Sharon Donaldson says the company is on a regional expansion drive.

“General Accident’s strategy is to expand across the English-speaking Caribbean. We have a dominant presence in Jamaica, where we’ve operated for over 30 years, and we entered Trinidad last year,” she said.

“Launching in Barbados now gives General Accident a presence in all three of the region’s largest general insurance markets. Additionally, we have strong local partners in BCDL Limited, which is made up of current and former executives of Williams Caribbean Capital and Williams Industries, one of the largest businesses in Barbados,” Donaldson told the Financial Gleaner.

General Accident Barbados received its Barbados licence on April 16, but has not yet announced an official launch date, partly owing to the coronavirus outbreak.

“Having now been granted our general insurance licence, we are watching the developments around the COVID-19 pandemic closely. When General Accident Barbados’ operations commence, they will be in accordance with the best practices that we have established from our learnings here in Jamaica, and will be guided by the relevant Barbadian authorities and their local protocols,” Donaldson said.

The pandemic has otherwise brought positive outcomes to the insurance business, which began to re-examine the ways in which it interacts with customers through digital platforms and personalised telephone agent service.

“Once the pandemic has subsided, we look forward to being part of the business community and financial services sector in Barbados and bringing these and other digital service enhancements to the Barbadian market,” she said.

In the meantime, Donaldson notes that the company is in the process of confirming the appointment of an insurance executive with over 30 years experience.

General Accident Barbados intends to offer the same broad level of insurance solutions for the Barbadian consumers as it does in Jamaica. The company says it be holding discussions with brokers, policyholders and other stakeholders as it prepares to roll out its operation.

Correction: The headline on this story has been adjusted to indicate that the partnership is with BCDL Holdings and not Williams Industries.