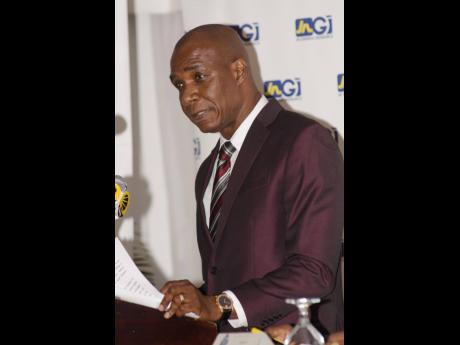 AS THE coronavirus pandemic batters commerce, auto dealers for both new and pre-owned vehicles are calling for tax breaks on import duties.

The calls come as customer traffic has all but disappeared from showrooms, according to the dealers, who say sales are down 70-80 per cent.

The head of listed dealership dealer Jetcon Corporation, Andrew Jackson, says April is a month he wants to forget.

“Terrible is the one word I’d use. Sales are down about 80 per cent. New orders are down and cancellations, while I don’t have the numbers yet, are way up,” Jackson told the Financial Gleaner.

“When things are tight, people shy away from the big-ticket items and that figure of 80 per cent, I believe, is worldwide,” he said.

He is supported by Lynvalle Hamilton, president of the Jamaica Used Car Dealers Association, JUCDA, who says his own dealership, Auto Channel, has seen a ­similar fallout.

“It is very frightening to see what is ­happening; who would have thought it would have looked like this. We are down about 70 per cent. April was not a good month. It is only in the last week that we’ve see a little uptick,” Hamilton said.

The situation was no different at new car dealer Stewart’s Automotive Group, which carries brands such as Mercedes-Benz, Land Rover, Jaguar, Mitsubishi and Suzuki.

CEO Duncan Stewart says business was good for the first three months of 2020, but then came April and with it little to no showroom traffic amid lockdowns to contain the spread of COVID-19.

“It’s actually non-existent because of the environment we’re in now. Sales themselves have precipitously fallen. March wasn’t a bad month, but April certainly will be,” said Stewart.

“The service business is being affected by the opening hours as well as the St Catherine lockdown. Notwithstanding that, we have a fair amount of service and parts business,” he said.

Stewart is pitching duty relief as a stimulus for the economy and a win-win, saying cheaper cars would generate more sales, and more sales, in turn, would lead to more landside tax collections, offsetting the concessions made on the port taxes.

“The simplest way is to stimulate the tax revenues of the Government and the sales of cars by reducing import duties on cars that are already in Jamaica. The desired thing is for them to do it permanently, but we’ve already shown the positive correlation between lower import taxes, our sales and, by extension, government revenue,” Stewart said.

“We made a ­request of Minister Clarke that the extra five per cent in GCT that used car dealers have to pay on the wharves, that Government should forego that surcharge for about six months. This would give us some breathing room. That would encourage a lot of dealers to clear the cars that they have on the wharves, thus ­handing over ­revenue to the Government,” Hamilton said.

The GCT on imports collected at the ports amounts to about $8 billion on average, per month. How much of that is paid by auto importers was not ascertained.

JUCDA is also asking the Government to ­extend the one-year period for payment for vehicles that have expired their stay at the bonded facility at Tinson Pen by at least three months.

As they await feedback, auto dealers have been shedding costs, a process that Jetcon’s Jackson notes includes tough conversations with staff about job security and concessions at a time when everyone is vulnerable and scared.

“They understand; but the more ­significant thing is that they are nervous. They are fearful, both of the disease as well as the financial problems,” Jackson said.

May, he said, will be a crucial month in which more costs will be shaved.

“Unfortunately, we’re not going to be able to avoid lay-offs, but for the meantime we’ve cut some benefits and done all-round cost-saving measures,” Jackson said.

At the Stewart’s Group, Stewart opted out of “giving the painful details” of measures taken by the family-run company, which, he said, were inevitable.

“We’ve engaged our staff in a spirit of searching for solutions,” said the auto dealer. “While I will not say the form or the extent of some of the ­measures we’ve taken, I can say that in all my 25 years in business, I never dreamt that it would come to this,” he said.

Over at Tank-Weld Machinery and Equipment, dealers for Shacman trucks, CEO John Ralston is having a different experience.

“We’re happy with what’s going on. We’re seeing the norm; nothing strange has come before us,” he said.

It normally takes four months from the placing of orders to delivery of the trucks, but Ralston says customers are choosing instead to buy what’s on the company’s lot, rather than wait for units to be shipped from China.

“I think what they are saying is that this crisis must be over at some time, and they will be left­ ­behind if they don’t continue to retool and modernise their fleet,” he said.