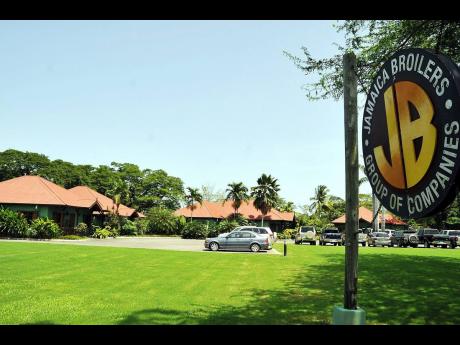 Leading poultry producer Jamaica Broilers Group Limited, JBG, says it may be forced to take further cost-cutting measures in the “not-too-distant future” as it grapples with a 40 per cent decline in chicken sales from the closure of the hotel sector and the more recent fallout in orders from fast-food operators.

In early April, Jamaica Broilers took the decision to slow the number of birds processed to better manage inventory, rationalised production output for its Best Dressed line of products and feeds, and implemented a five per cent cut in salary for all its staff.

The company even placed a hold on all expenditures, including discretionary advertising campaigns, and got the 100,000 farmers attached to its poultry business to agree to a five per cent rate cut in an effort to stem losses with minimal disruption to the lives of its staff and stakeholders.

But with the two-week closure of the parish of St Catherine, along with tightened islandwide curfews, senior vice-president of operations and finance at Jamaica Broilers Ian Parsard told the Financial Gleaner that tougher cost-cutting decisions appear unavoidable for the company.

“Based on what we are seeing, we don’t thing the measures we have implemented are sufficient, and we are going to have to look at other measures,” he said.

Last week, three of Jamaica’s largest quick-service restaurant operators announced a mix of staff lay-offs, temporary closure of some chains, and salary cuts for its employees amid mounting financial pressure from the reduction of in-store hours due to the curfew constraints and the closure of some stores based on geographic lockdowns.

In some cases, the restaurateurs have claimed more than a 50 per cent reduction in sales, ultimately impacting chicken sales for Jamaica Broilers. The company also took a 25 per cent hit to its baby chicks and feed operation.

“We think that it’s probably bottomed out now. We’ve had fairly significant reduction in sales levels on both the chicken, as well as the baby chick and feed,” Parsard said in relation to the latter operations.

The poultry company, which racked up annual sales of $55 billion last year, is hopeful that the recent announcement by the Ministry of Industry, Commerce, Agriculture and Fisheries on the temporary suspension of agricultural imports will serve to safeguard markets for locally produced goods, including chicken.

Parsard is optimistic that things will get better for JBG’s partner farmers and will also positively impact its operation through the supply of baby chicks, as well as sales of the Best Dressed Chicken products.

But that won’t be immediately.

“While the move has been announced, there are some permits that would be valid up to a certain time period, but certainly, by the time we get to June and beyond, the industry should start seeing the full benefit of the cut-off of importation,” he said.

Jamaica Broilers has been looking for opportunities to grow market share through acquisitions and expansion, but that remains on hold for the poultry producer until normalcy resumes for business. In the meantime, the company is going ahead with investments in its chicken-processing plant in a bid to create greater efficiencies during the ongoing pandemic.

As for the company’s Haiti operation, where political turmoil has derailed the business, there is also optimism that those worries may now be behind the company. Jamaica Broilers was forced to scale back operations in Haiti, which, up to earlier this year had been experiencing ongoing public protest that resulted in the death of more than 40 people and injured dozens as Haitians try to force President Jovenel Moïse from office.

“Haiti has been extremely positive. Sales have returned to normal, and we are selling at fairly good prices. The one potential downside in relation to Haiti is the devaluation against the US dollar,” Parsard noted.

“If we do we have significant devaluation, we are likely to experience some foreign exchange losses more than we would be comfortable with. However, the operation is going good,” he said.