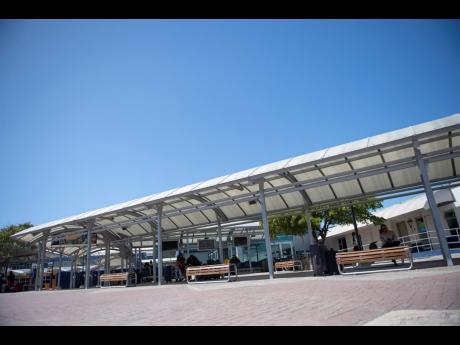 Gladstone Taylor
A section of the Norman Manley International Airport in Kingston, the second of two airports that the Pacific Airport Group controls in Jamaica.

It forms part of a wider halt of capital projects by the Grupo Aeroportuario del Pacífico – which translate to Pacific Airport Group, or GAP – across its chain of 14 airports that are mainly based in Mexico. These measures will keep cash in the company as it deals with the ­fallouts from the pandemic.

GAP planned on pumping US$213 million on projects across both airports over five years. That spend could be on hold, pending regulatory approvals.

“Non-mandatory capital investments will be delayed and/or cancelled for the time being. The company is reviewing with the authorities the deferral of investments that were included in the Master Development Programme and were scheduled to take place this year. The change in the demand has lowered the growth capacity needs in the airports, therefore, the investments are expected to decrease,” said guidance from the airports operator to its shareholders.

The Airport Authority did not respond to queries on what discussions were being with GAP, in light of the Mexican company’s obligations to invest in the airports under the concession agreements.

GAP was expected to spend US$58 million on the airports this year. The descriptions of the projects to be delayed were not spelt out, but the airports were supposed to be undergoing runway extension and improvement to ­passenger terminals.

The company added that it is unable to predict with certainty the impact that the COVID-19 outbreak will have for the rest of the year on its business.

“Continuous travel restrictions, as well as general population fears with respect to air travel, could have a materially adverse effect on our business and on our operating results,” it said.

Both markets in which GAP operates will keep airports shuttered until the end of May. That measure resulted in total passenger traffic dropping 91 per cent across its 14 airports in April.

Jamaica, which only allowed cargo flights during April suffered slightly worse than GAP’s Mexican markets which still had some amount of ­domestic travel.

GAP said its first quarter results ending March were “solid” but acknowledged that the second quarter would show heavy hits to its bottom line.

Its currently conserving cash to ­cushion the blows to come.

“While the company expects a negative impact to its operation and its financial results due to the COVID-19 pandemic, it does not foresee a risk to the overall continuity of the business,” GAP said.

“The company has carried out a preliminary analysis of the financial results in the short, medium and long-term, and has not identified any significant asset deterioration.”